1 July – Yesterday we got the call we’d been expecting, ever since my Mother in Law was diagnosed with bowel cancer late last year. The husbear drove to Toowoomba to be with his mum as she had been admitted to hospital; I stayed home to finish up some work and organise a few things, then today it was my turn to drive up to the mountains in the pouring rain. Even the weather is crying … 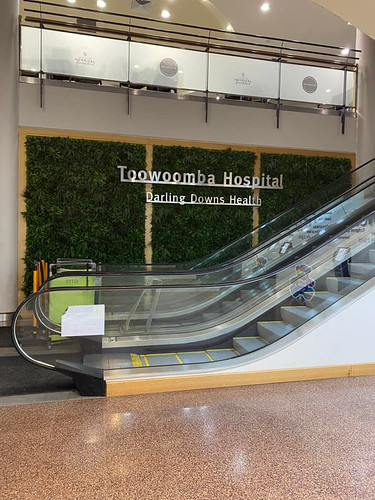 2 July – We spent most of the day with MIL, and the husbear and I were with her when she took her last breath around 6.20pm. The butterfly on the door indicates that somebody has passed away. 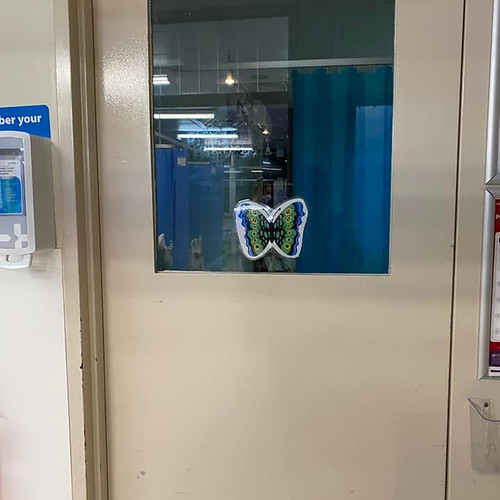 3 July – We stayed overnight at MIL’s house, and had visits from several relatives and friends. Husbear could tell I was feeling rather low so surprised me with one of my favourite treats (Reese’s peanut butter cups)!!!! Shouldn’t I be the one doing nice things for him?! 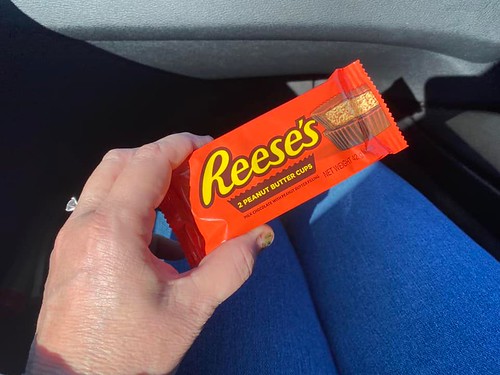 4 July – Back home and we both had the day off work; found out the funeral won’t be until late next week. It’s been soooo cold – the maximum temperature was just 13 degrees! In the evening our lovely son and daughter-in-law to be came over and brought us dinner. 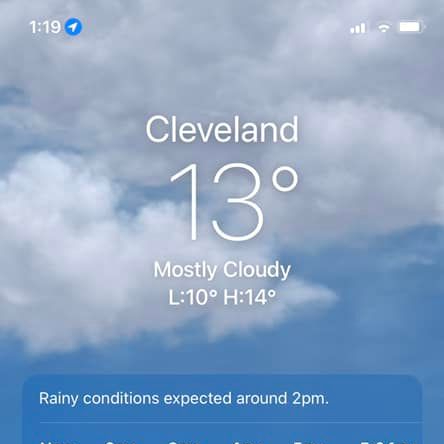 5 July – It’s so freezing cold! We are still trying to be gentle with ourselves, I had a nap in the afternoon. Grief is exhausting!

6 July – The husbear went back to work; in the evening, Mr 28, Miss 25, and her husband came over for dinner, lured by the promise of homemade lasagne 😉 . I couldn’t find my deep baking tray anywhere and then realised I threw it out at Christmas, it was so badly burnt after we’d glazed the ham in it … and I’d meant to replace it, but here we are, 7 months later and I’d forgotten all about it. Clearly I don’t bake very often these days! 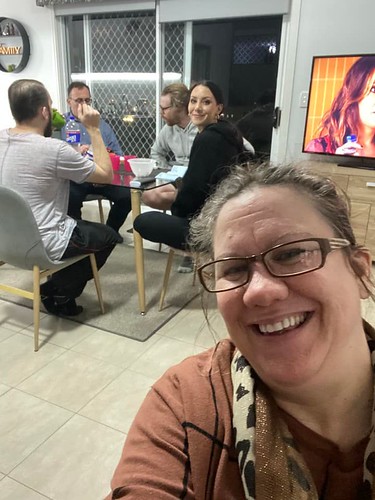 7 July – In the morning I presented an SEO workshop for business owners (I’d thought about postponing but didn’t want to disappoint attendees), it went really well and pretty sure I’ve gained at least one new client as a result! In the afternoon I visited the doctor to get the results of some blood tests – apparently I’m pre-diabetic with a fasting blood sugar level of 6.6 (7 is diabetes). I checked through the last couple of years of blood tests and I’ve been sitting around the 5.5 to 6 mark for a while; it’s a wake up call to be sure. 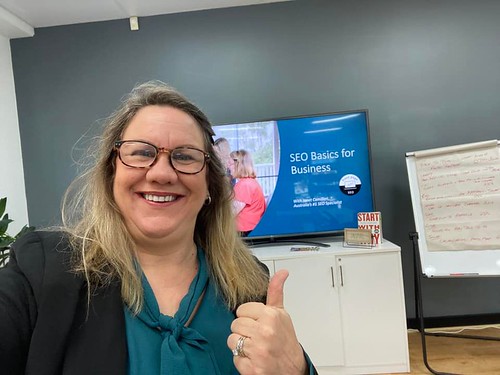 8 July – Received this lovely bouquet of flowers from my dad and stepmum, a bright spot in a down day (feeling quite depressed and annoyed about the pre-diabetes thing, as well as grief from losing MIL). 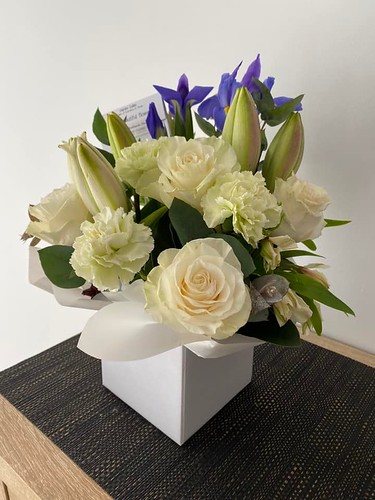 9 July – The husbear dragged me out of bed to go on a morning walk (keeping diabetes at bay is gonna take a better diet, and doing some exercise – I’ve fallen off the bandwagon big time since my personal trainer went on maternity leave last year). I pretended I was ticked off, but he redeemed himself by bringing coffee! 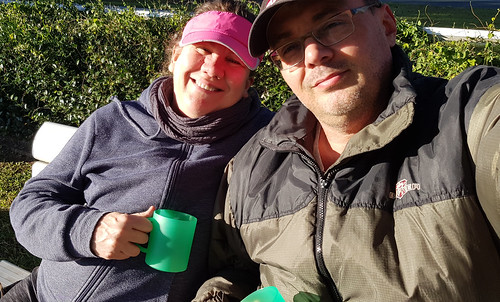 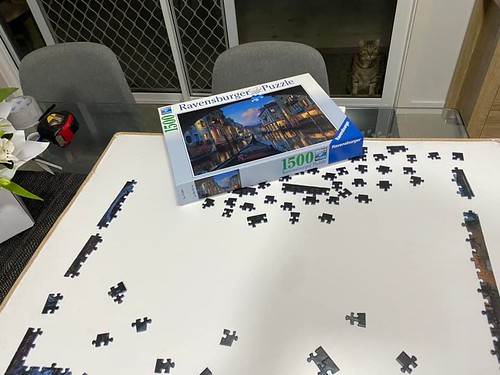 11 July – Sorting out funeral arrangements – I’ve been tasked with organising the catering.

12 July – Picked my stepmum up from a small procedure and stayed overnight with them just to make sure all was okay. How cute is their guest bedroom?! 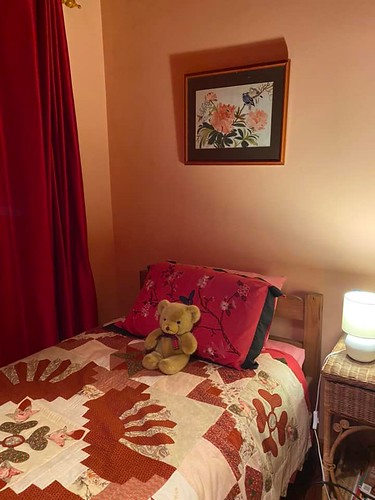 13 July – Had some company on their deck as I sipped my morning coffee! 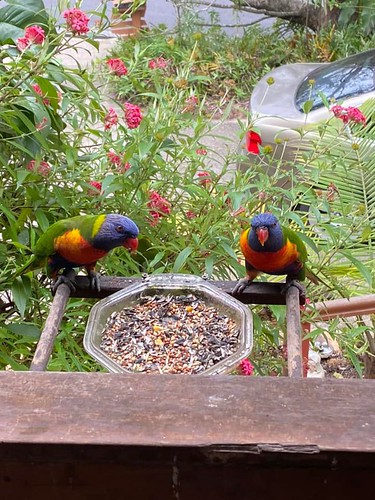 14 July – An icy cold but sunny Thursday in Toowoomba for MIL’s farewell. The funeral Mass was at 10.30am, followed by the burial at midday, and the wake afterwards at her home (the catering was a hit, by the way!). It was a huge day, we didn’t get home til 9pm. 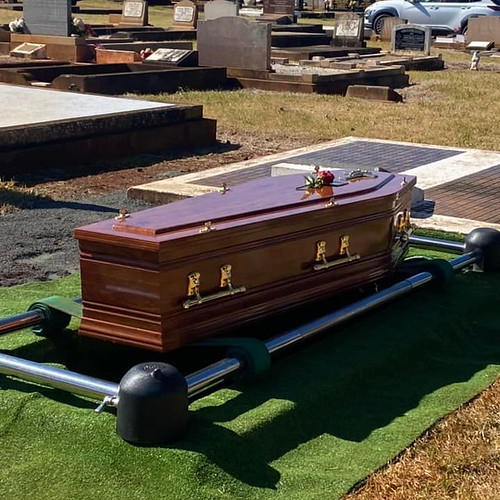 15 July –  In hindsight, the husbear and I really wish we’d thought to take today off! We were both exhausted after the funeral. Instead, he had to go into the city to work and I had back to back Zoom meetings.

16 July – Not surprisingly, we had a very quiet Saturday as we were both feeling sooky – though we did snap this snuggly selfie 🙂 . 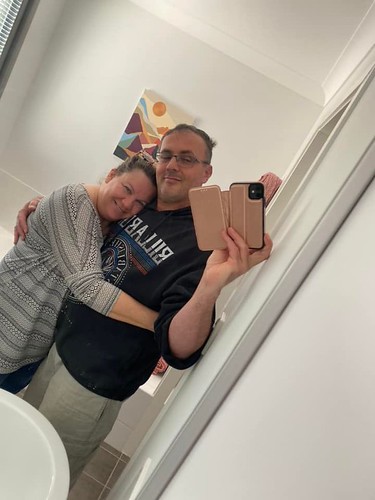 17 July – The husbear went to see the soccer – Alston Villa playing Leeds, with our son and his almost father-in-law. Afterwards we had dinner at our almost in-laws’ new apartment – check out the views! 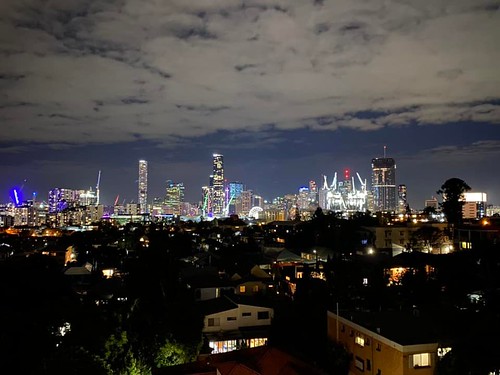 18 July – Mega busy at work after taking some time out over the last couple of weeks, however it’s the husbear’s birthday tomorrow and I’ve got nothing! So I ducked out to the shops to get him some “socks and jocks” as a bit of a giggle, and so he has something to open on his big day.

19 July – We’d planned to go to our favourite Thai for dinner after work, but I was miserable with hay fever. I don’t often get it since getting injections some years back, but was overcome by the smoke from local backburning. 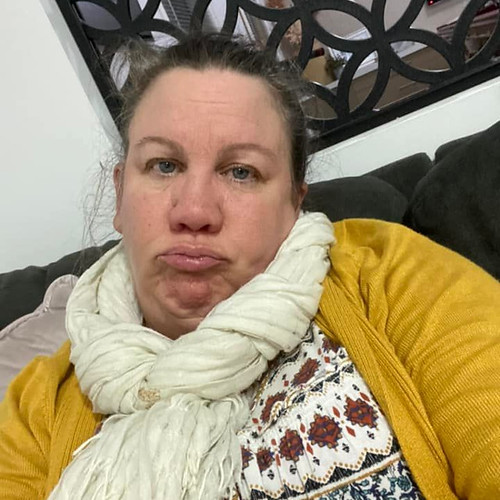 20 July – Still feeling a bit under the weather after having hay fever yesterday.

21 July – Headed out to my fortnightly business mastermind group, always such a positive experience and full of inspiration and practical ideas from the brains trust! 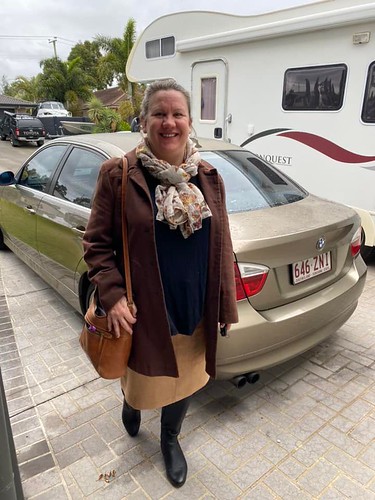 22 July – The husbear felt like he was getting a cold.

23 July – Yep, husbear is sick. He actually had a nap during the day – almost unheard of for him! I pottered around the house, and made a date and apricot loaf. 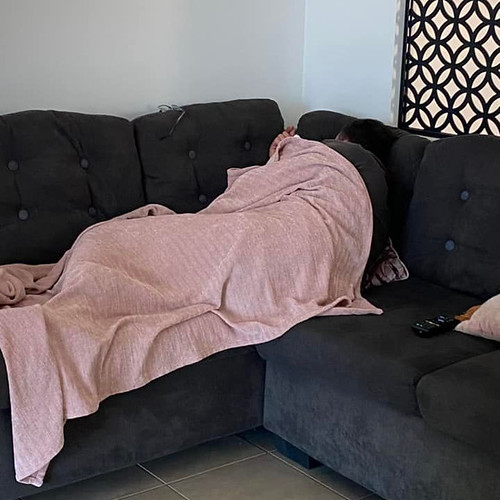 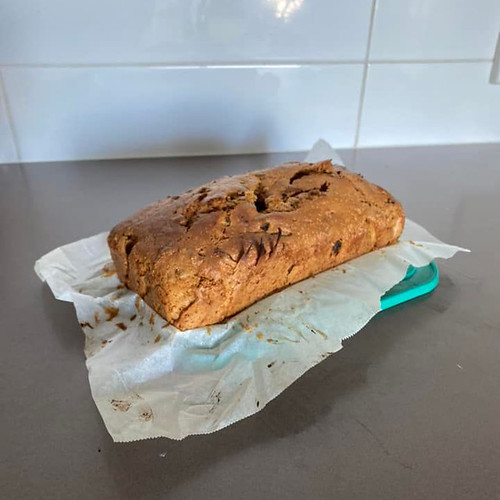 24 July – Look who we found hiding in the linen cupboard … 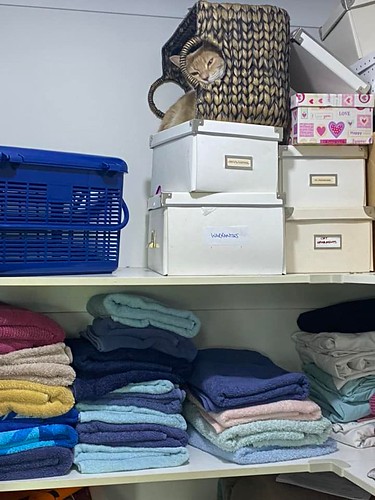 25 July – The husbear is feeling better but is working from home just in case he’s got Covid. I started to feel unwell myself so at lunch time we went and got PCR tests; I worked the rest of the day even though I was going downhill fast, had a feeling I wouldn’t be up to much for a few days … 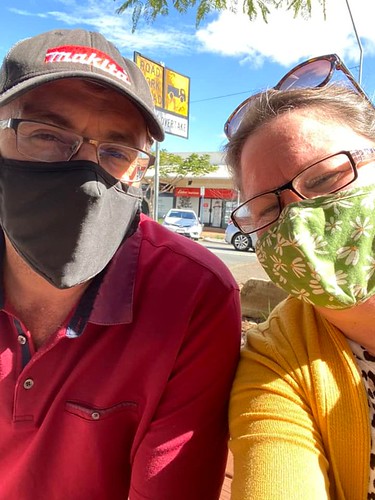 26 July – Our PCR tests were both negative so the husbear was back in the office. Meanwhile I had my first actual sick day in years, my temperature didn’t get below 37 degrees all day even when dosed up on medication. 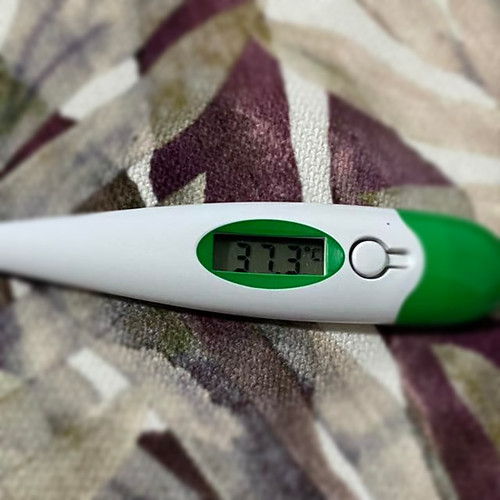 27 July – Still off sick. Nurse Fleur kept me company. Late in the afternoon I actually felt hungry so I popped some potato gems in the air fryer. Yummy! 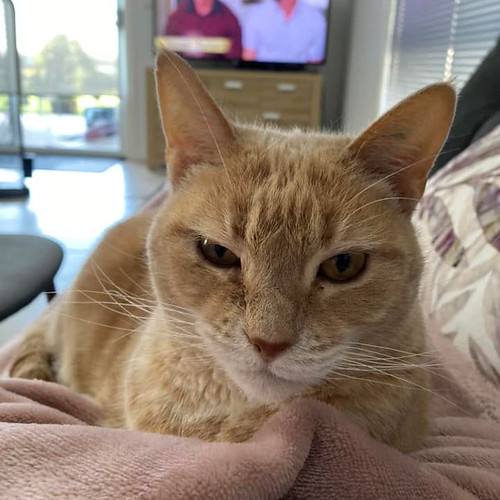 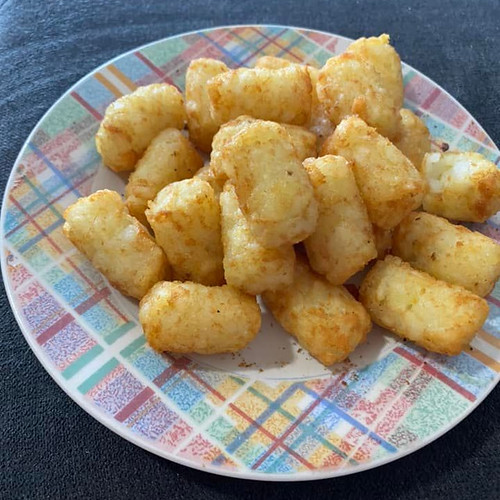 28 July – I managed a couple of hours’ of work but still felt terrible.

29 Friday – Back at my desk, lots to catch up on! After work the husbear and I *finally* had dinner at our favourite Thai as a belated celebration for his birthday. 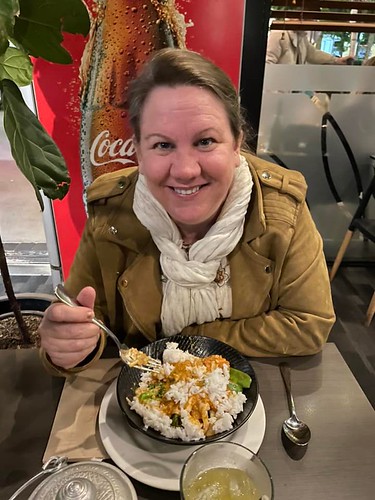 30 July – Still feeling weak as a kitten. By the time I’d got up, showered, made the bed, and gone to the library, I was exhausted. It’s also Miss 25’s first wedding anniversary – they’re up in the Sunshine Coast hinterland for a weekend getaway with no wifi – shock horror! 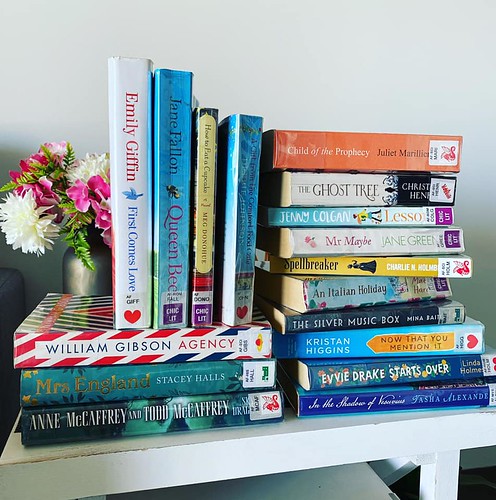 31 July – It might be Sunday but I have a fair bit of work to catch up on, so I put in a couple of hours at my desk. I’m still a bit congested and coughing a fair bit. For “Not Covid” it’s been pretty awful, and I shudder to think I will likely still have to face more sickness when I do eventually get Covid! I read a stat saying that over half of the Australian population has now had it.

Being a month filled with grief, bitterly cold weather, sickness, and not much in the way of fun, you can see why I’m glad to put July behind me!

I trust you had a better July than we did – please tell me about it in the comments below!