Welcome to another not-so-exciting edition of A Sentence A Day here at Janetti Spaghetti!

1 September – The first day of Spring and it was a warm one! Here’s a pic of what I had for morning tea. 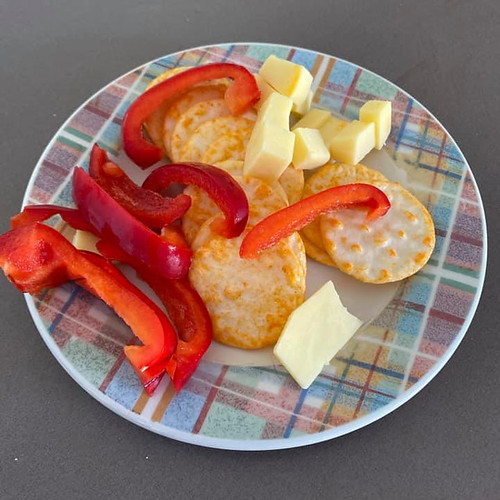 2 September – A couple of ‘in person’ meetings in the morning, then a Zoom meeting in the afternoon except … I accidentally stood up the client waiting for me on Zoom. Ooops! I was so engrossed in my work I didn’t notice the reminders popping up on screen until an hour later! Note to self: from now on check calendar first thing and set an alarm 15 minutes before any scheduled meetings … 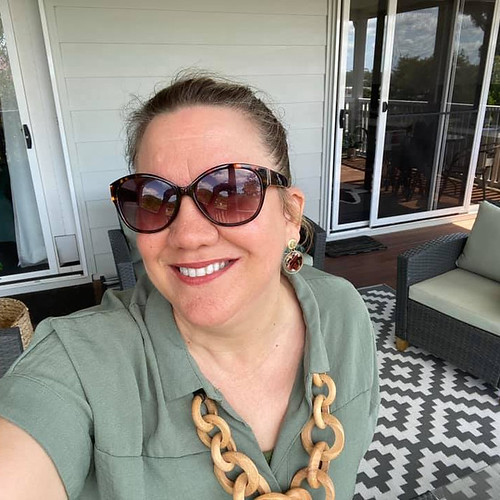 3 September – Hmmm, this is what happens when you accidentally leave a tea towel on an electric hot plate that you’ve forgotten to turn off … 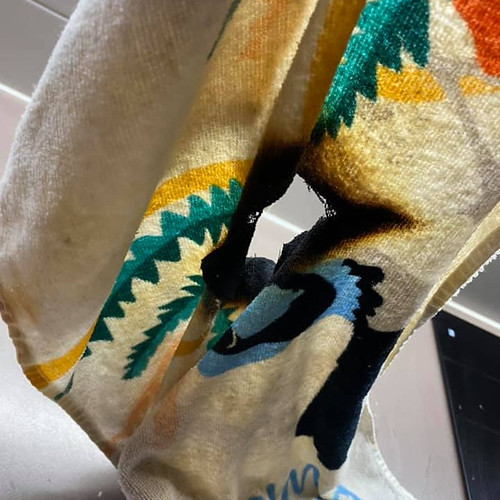 4 September – Saturday and the husbear and I did a spot of shopping at Spotlight, Fantastic Furniture and Aldi.

5 September – Father’s Day, which we celebrated with a BBQ on the deck with the kids and their other halves. 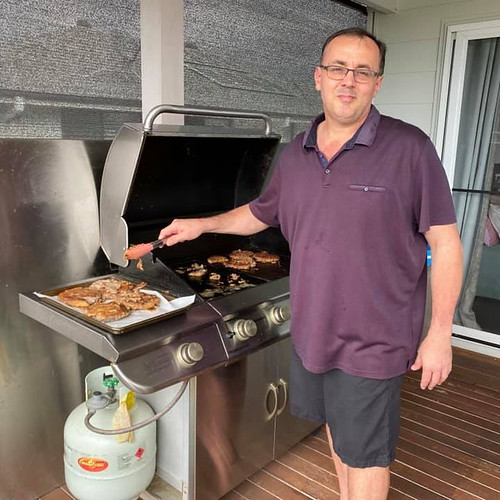 6 September – My new reminder system is working – I had two Zoom meetings today and made it to both of them on time 😉 !

7 September – This morning I was the guest speaker at the South East Brisbane Chamber of Commerce breakfast. 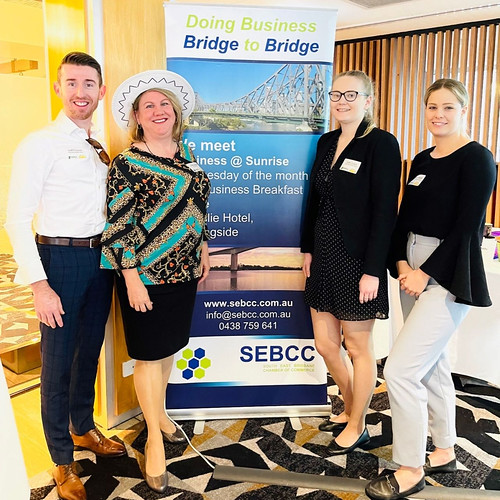 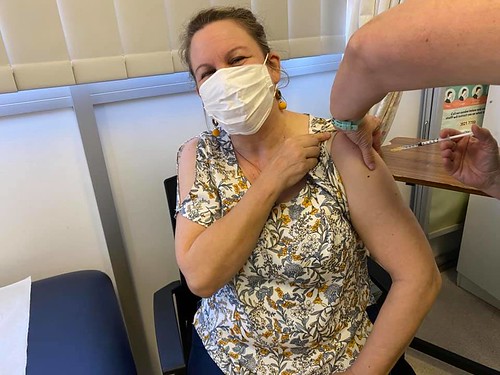 9 September – Plagued by tech troubles. I had to record a video of my responses to the judges’ questions for the local business awards; I had my video done by 9am and was feeling very proud of myself until I realised there was no sound. Aaaagghhh! In the end it took 7 takes to get it right – other issues included a phone call coming in halfway through when I was trying to record on my phone, and the power tripping so the modem stopped working. Nearly lost my voice by the end of it.

10 September – The husbear and I headed off to our favourite camping spot near Beaudesert for a long weekend. 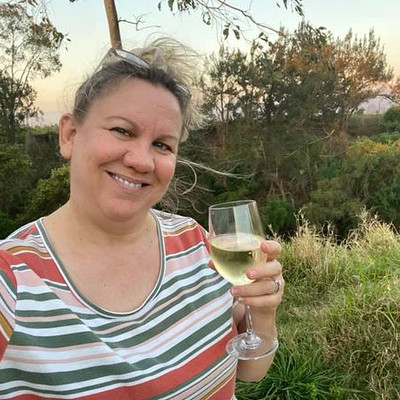 11 September – A lovely day relaxing, so nice to get away from it all. 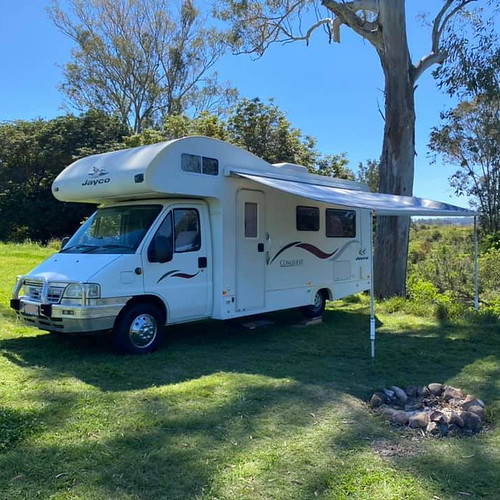 12 September – A foggy start to the day then headed home, the kids all came over for dinner. 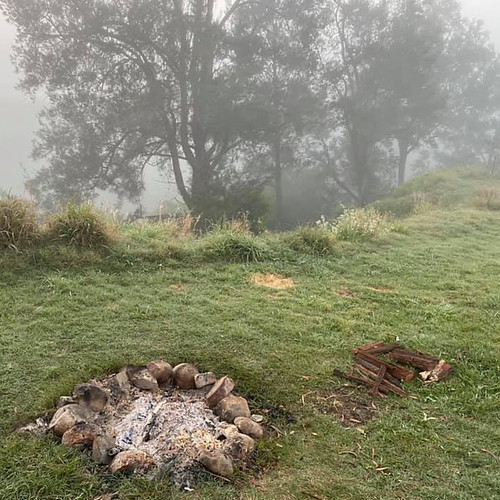 13 September – We took way too much food with us for our 3 day getaway, so I had to use up some bacon, eggs and tomato at lunch … look, a double yolker! 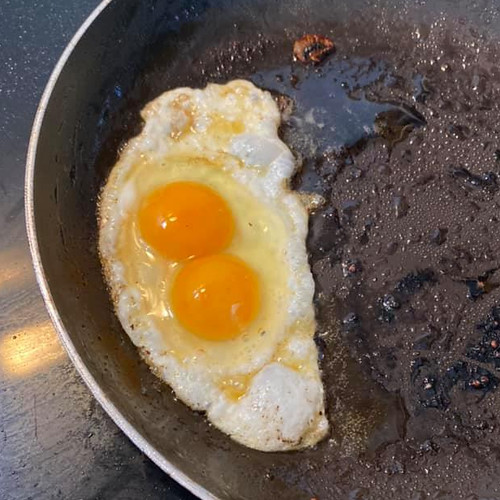 14 September – Admired these pretty flowers on my morning walk. No idea what tree it is? 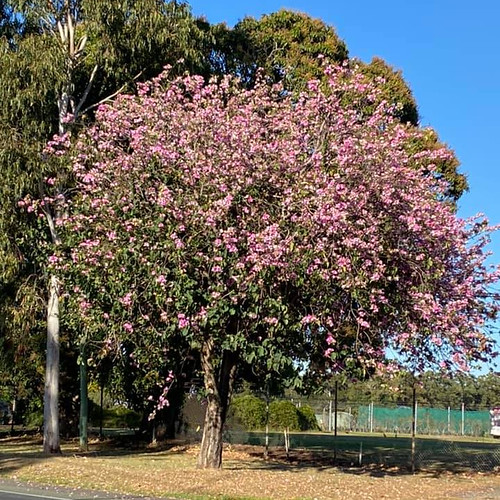 15 September – Gave an online training session for my DIY SEO private members’ group … whew … it’s always a bit of a marathon getting it ready each month, preparing the Powerpoint, organising worksheets etc.

16 September – The husbear and I ordered Thai from our fave restaurant and had a romantic dinner on the deck.

17 September – PT session with Sally. I’m really going to miss her when she goes on mat leave shortly (bub due December)! 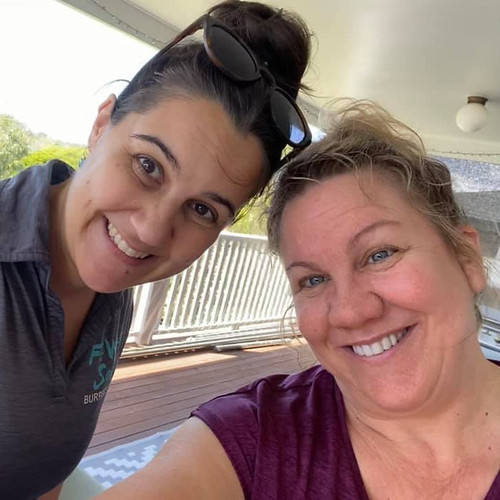 18 September – The husbear and I visited his mum in Toowoomba and took her out for lunch. Here’s the last orange on her tree, with blossom promising more fruit next year! 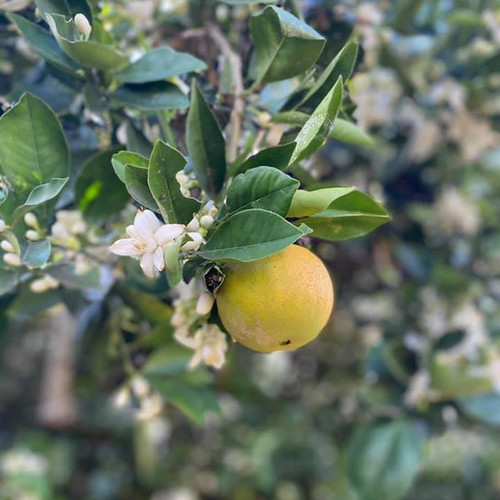 19 September – A lazy Sunday. Miss 24 gave me this lavender from her garden last month and it is still going strong! The rose is from my mum-in-law’s garden. 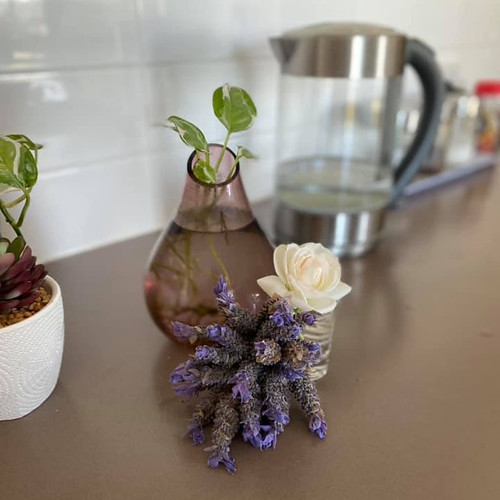 20 September – The moon rise was spectacular this evening, photo doesn’t do it justice. And an outfit pic just because. 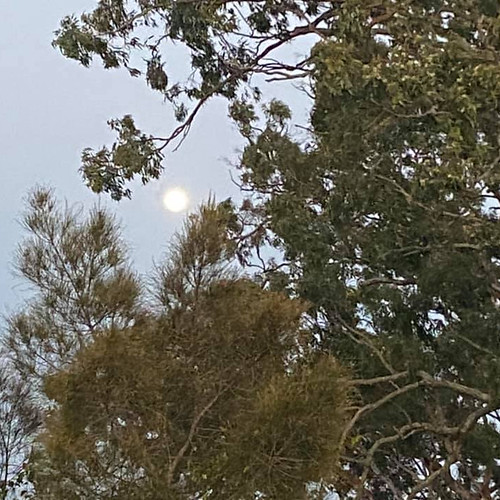 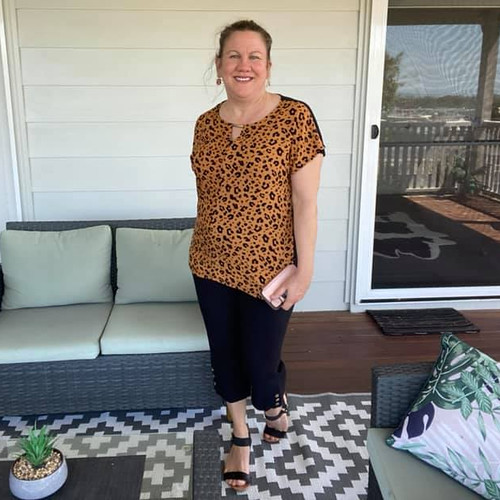 21 September – Went out for a few errands, coming home I had to stop and take a pic of this cute little duck family at the end of our street. Terrible pic though, I didn’t want to get too close and scare them! 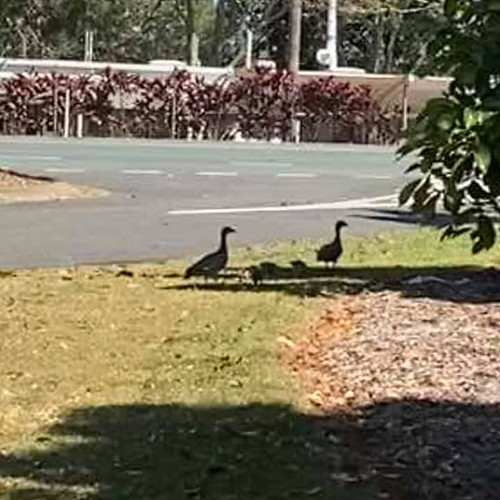 22 September – The batteries in my wireless keyboard ran out … Grrrr. Why does it only ever happen when I am in full ‘flow’ and writing some great stuff, and don’t want to be interrupted?! 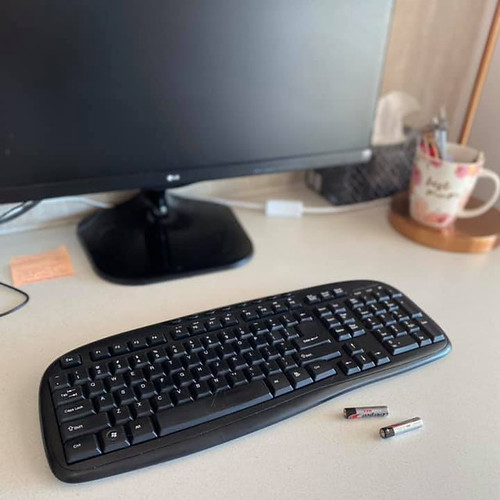 23 September – The husbear works from home one day each week. Usually it’s Wednesday; but this week, it was today (Thursday).

24 September – I’m getting ready to recruit a new team member for my business, so spent most of the day preparing for that.

25 September – Saturday morning errands: posted letters; went to the library; dropped 2 bags off at the op shop; picked up Miss 24’s wedding dress from the dry cleaners. Saturday afternoon: watched house shows on TV with the kitties for company. 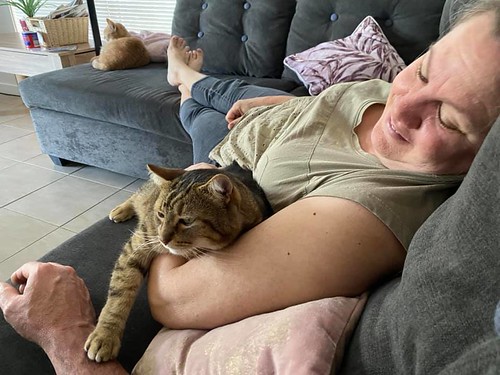 26 September – Found a puzzle in the cupboard that I’d bought from the op shop months ago, but hadn’t yet tackled. (Photo below was taken a few days later, don’t worry, I’m not that fast!) 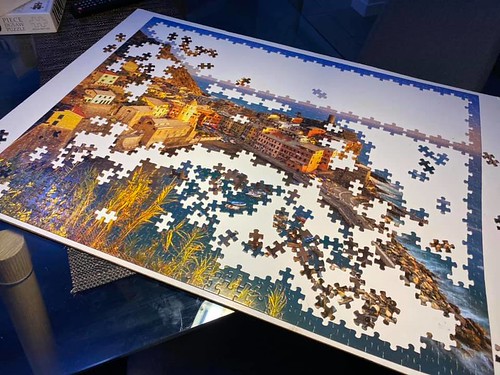 27 September – My neck and shoulders have been extremely sore so I finally saw my chiropractor – can’t believe it’s been a whole year since my last appointment! Seems the stretches and exercises I try to do regularly have helped keep the pain at bay.

28 September – Session with my business coach this afternoon – as you can see her office is right on the harbour! 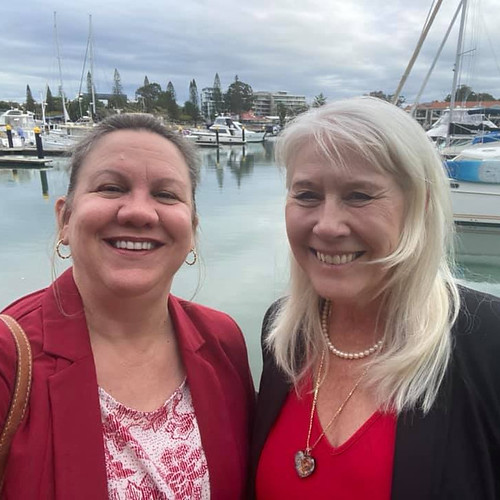 30 September – Had a business networking event in the city starting at 5.30pm, so got into town early and met the husbear for a sundae at Maccas first. 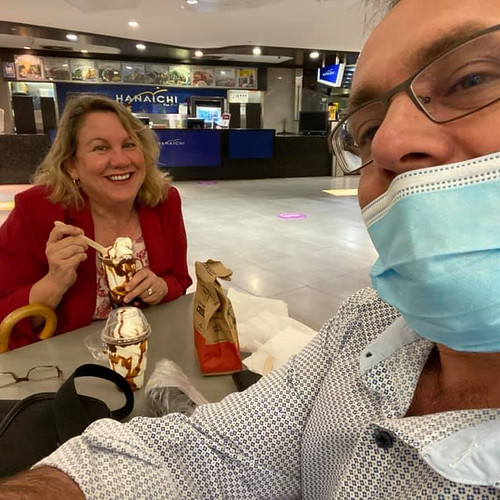 Once again here in Bris-vegas we are teetering on the brink of another lockdown … but hoping for the best. After all, in the coming weeks we have an Awards Gala to attend (I’m a finalist in two categories!), our son-in-law’s birthday celebrations, and we’re planning a weekend away for the long weekend at the end of October.

What was the most interesting entry for you, out of this month’s roundup?!