Looking back on the notes in my diary for early June, it just seems so loooonnnnggg ago already … so much has happened!

1 June – A busy day of work and then, at 5.30pm (I normally knock off around 6, as husbear gets home about 6.15pm), I got the BLUE SCREEN OF DEATH on my computer!!!! Thankfully everything is now on the cloud, and I have a laptop, but still … it’s a worry! 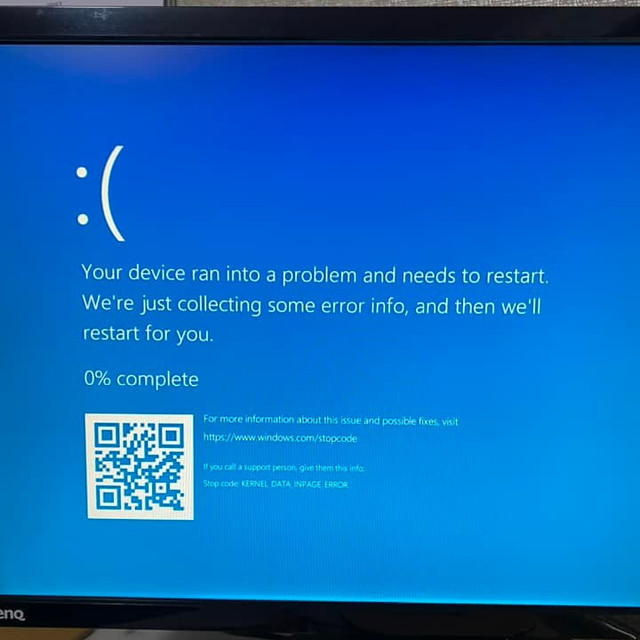 2 June – How exciting – the first ever  “in real life” meeting of my team (though we meet on Zoom each week)! Although Lisa and Emma work remotely, they both live in Brisbane (though not close to me) so we had a photo shoot to get plenty of images for the Front Page SEO website and social media. (The results were fab too – see the second photo below!) 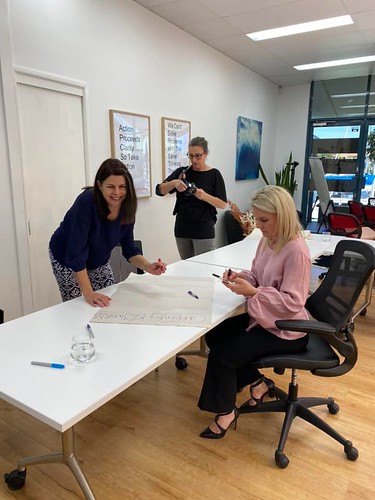 3 June – The husbear brought my coffee upstairs earlier than usual and together we watched the gorgeous sunrise. Oh, and he also had a look at my computer and was able to get it working again. Hooray! 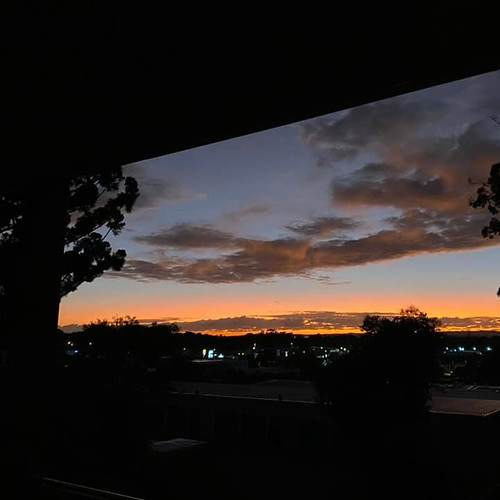 4 June – On my own this weekend as the husbear is in Toowoomba caring for his mum. I did some house and yard work, and then rewarded myself with a walk along the water’s edge. 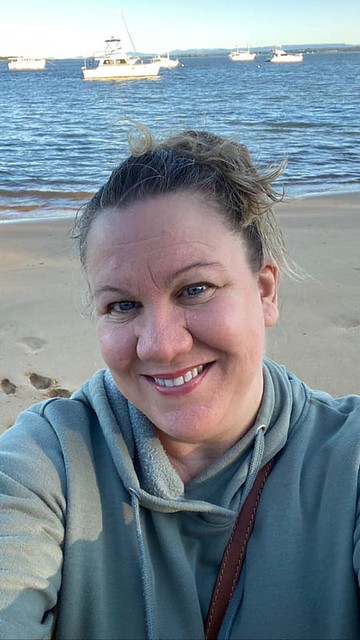 5 June – Mr 28 and his fiance came to visit. After they’d left, I was devastated to learn of the sudden passing of a bloggy buddy, Eva from The Multitasking Woman.

6 June – The husbear is due back late tonight HOORAY – feeling a bit sooky after the news about Eva. I made pumpkin soup for my (solitary) dinner. 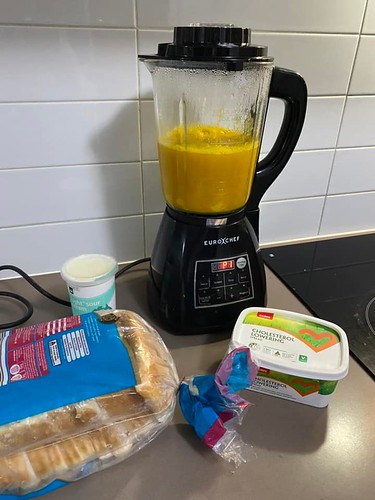 8 June – I have an ingrown fingernail. Considering how tiny it is, it’s incredibly painful. I thought it looked red and puffy, but I can’t even tell which one it is in the photo below! 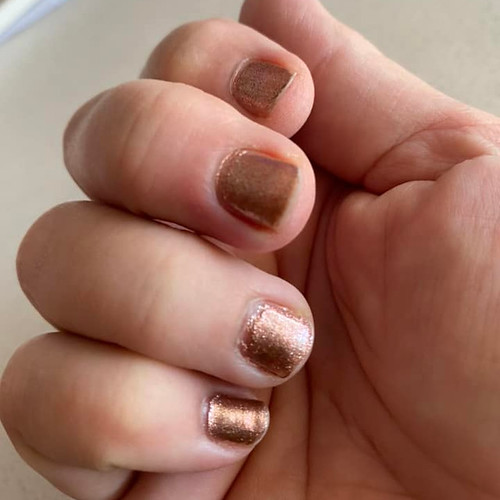 9 June – Baby it’s cold outside – but Seth and I were snuggled up, warm as toast, watching a bit of telly in the evening. 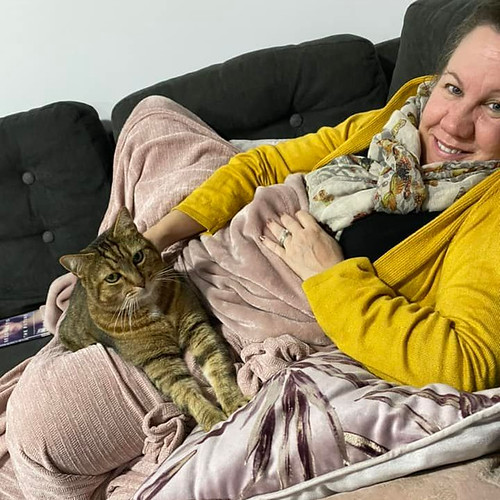 10 June – When I woke during the night for a wee walk, I checked the temperature on my phone, and it was 8° C so I took a screen shot – proof it does get below ten degrees here!

11 June – Saturday! The husbear and I went for a morning bike ride. 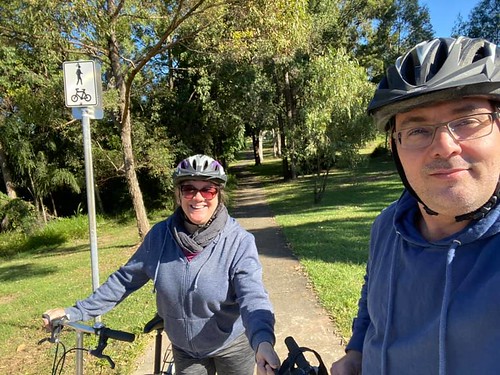 12 June – A group of us gals got together to celebrate a friend’s birthday with a Chinese banquet for lunch. 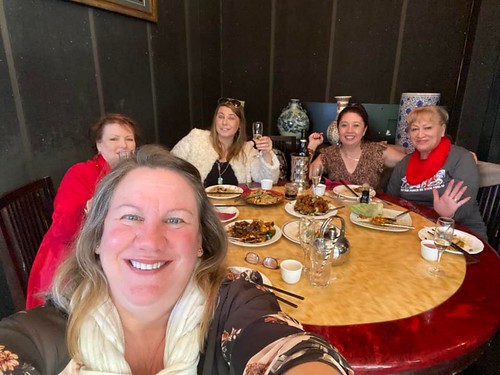 13 June – The highlight of my Monday was when the groceries were delivered … my life is so exciting 😉 . 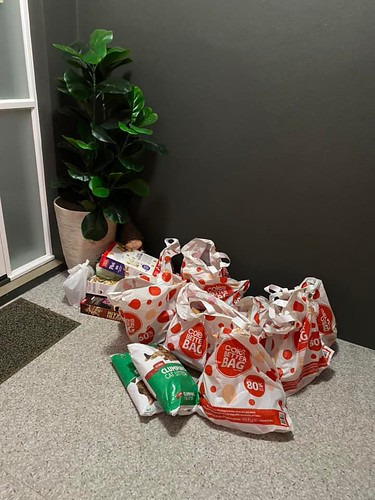 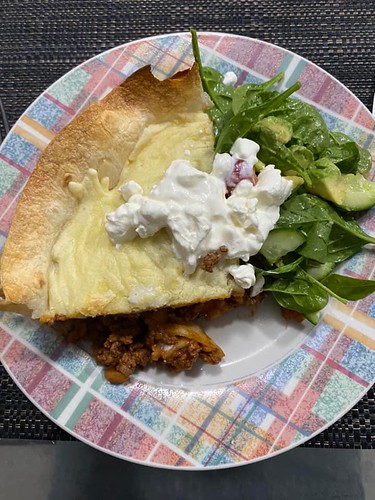 15 June – Went to a business workshop on business branding, particularly enjoyed the session by Emma Willmann – an image consultant passionate about image as a means of empowering women! 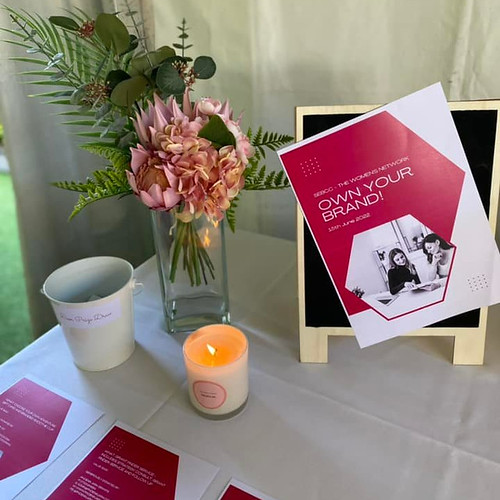 16 June – I finished my “paint by numbers” of Paris (a Mother’s Day present) and the husbear insisted on hanging it on the wall. It’s by no means perfect, so rather sweet that he thought it worthy of display. 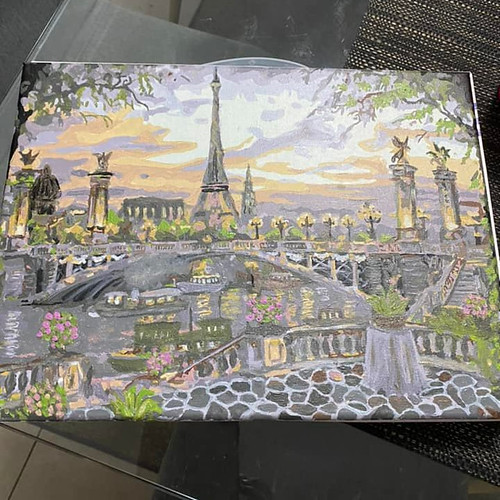 17 June – I’m feeling sad today, the husbear is away for the next few days, caring for his Ma. I snapped this pic as he was packing to leave. 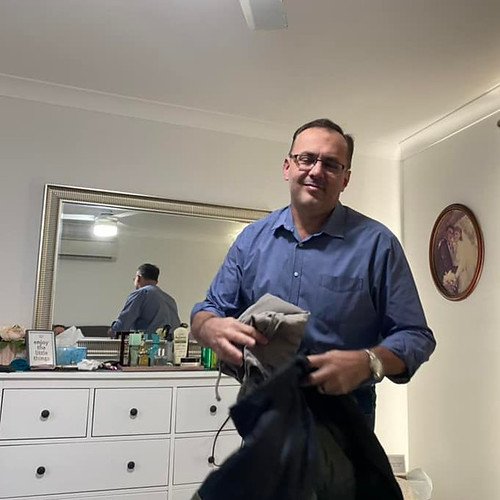 18 June – When I was vacuuming I found mould growing on the floor underneath the couch, so had to deal with that (we have had an incredibly wet few months). On the upside – I had a massage – bliss! 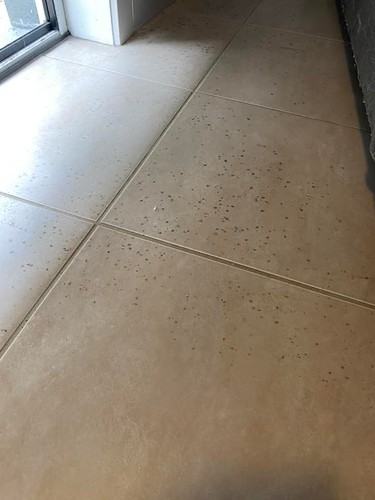 20 June – The last acreage block in our suburb is behind our place, but not for much longer – confirmed today when heavy machinery came in and spent the day conducting soil tests … (there’s an approval for a retirement village to be built there). 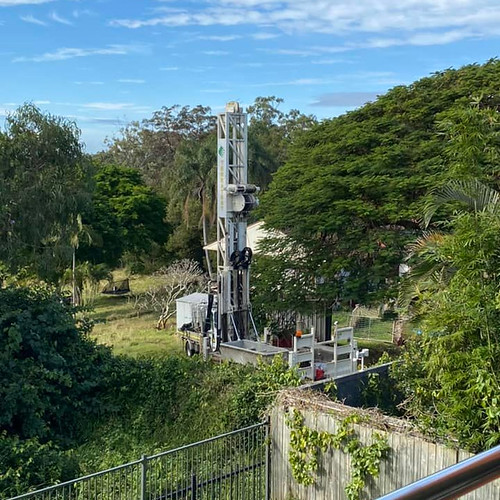 21 June – I heard on the news that this has been the coldest week in Brisbane for over 20 years – not surprised, it’s certainly been chilly! 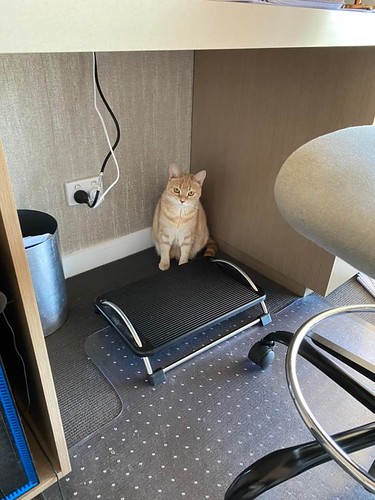 23 June – Went to a business networking event after work, it was very pleasant chatting, enjoying wine and nibblies while watching the sun set over the harbour. 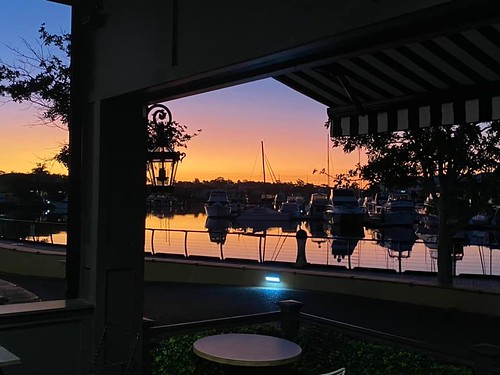 24 June – As you might have noticed, the husbear’s frequent absences to help care for his mum, on top of our heavy workloads, have left us both desperately in need of some R&R. So after work we took the ferry over to Coochiemudlo Island for a weekend getaway.

25 June – A relaxing day together – sometimes you just need to get away from everything to really relax. We had a lovely lunch at the Coochie Island Beach Bar and made some new friends – both human and canine! 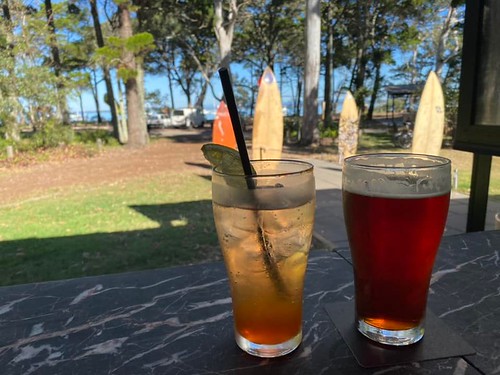 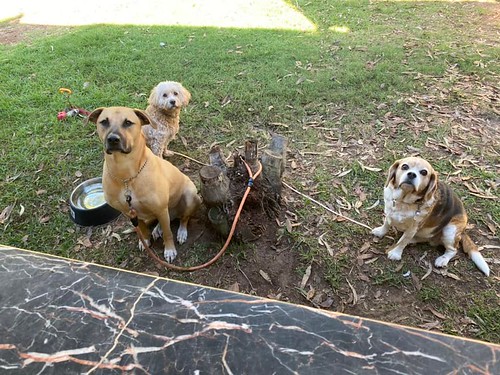 26 June – Another perfect day on Coochie! Sad to head home later in the day, but very happy to see our fur babies. 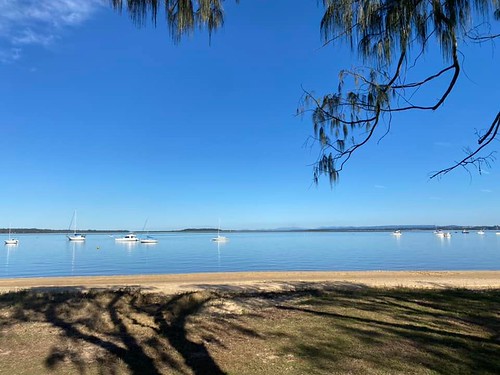 27 June – After I shared a cute video of a friendly octopus on Facebook with Miss 25, she told me about a Netflix documentary called “My Octopus Teacher” which we enjoyed watching after work.

28 June – An early start, as I was presenting  at the Ocean Network breakfast at Redcliffe (an hour’s drive away). Emma joined me as it is over her side of town. And if you’re wondering about the cowboy hats – the theme of my talk was “Why SEO is like the Wild Wild West”! 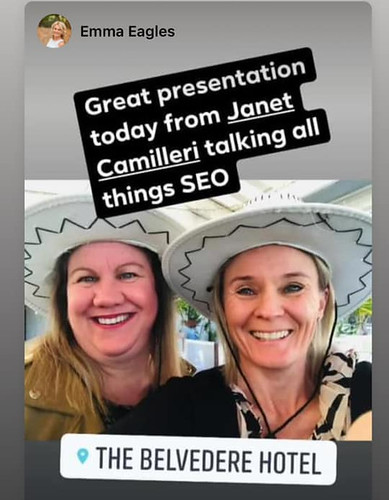 29 June – Had a blood test first thing – the joys of getting older, I have one every six months to keep track of a few things – will get the results next week at the doctor. 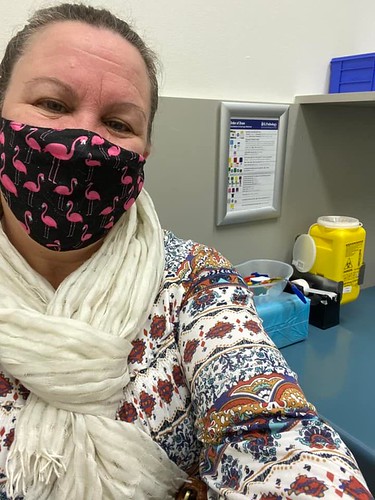 30 June – Oh dear, today we got the call we’ve been expecting for the past 9 months (since my mother-in-law was diagnosed with bowel cancer). The husbear packed a bag and headed up to Toowoomba as his mum has been admitted to hospital. I will follow him tomorrow …

An update: Sadly, my lovely M-I-L passed away on Saturday 2 July while the husbear and I were with her, stroking her hair and telling her we loved her. We are thankful that it was peaceful and that she wasn’t in any pain.

It was also just one day short of the first anniversary of my father-in-law’s passing. It’s true to say that Ma never really recovered after his death.

I’m sorry to leave you on this sad note … you can help cheer me up by leaving a comment below and telling me something great that happened to you in June!