I missed the very first season in 2015, but since then I’ve been completely hooked on the TV show Married At First Sight (MAFS).

It was my guilty pleasure – we all know it’s trashy reality TV – but I just couldn’t resist! I’m a total romantic, in love with love, and all I wanted was to see each couple getting their happily ever after! 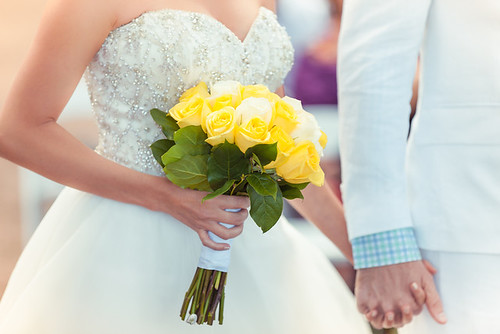 I love that moment when the bride and groom lay eyes on each other for the very first time, decked out in all their wedding finery. Will they like what they see? Is this the person they’ve been waiting for? Will there be ‘chemistry’ – that magical element which nobody can predict?

I loved nothing more than to kick back and relax in front of the box of an evening, to see how these arranged marriages played out.

But this year? I’ve made a conscious decision not to watch it now the 2021 season is airing, and it’s not because I want all those many precious hours of my viewing time back!

Things have changed a lot since I first tuned in back in 2016.

The Wrong Sort of Sparks are Flying

At first it really felt like the experts were working hard to select each participant’s perfect match; nowadays I think we’re all quite sceptical. They don’t exactly have the best track record, do they?!

If the experts were serious about making real matches, surely they would pair up individuals from the same city or at least state. As my own experience demonstrates, a relatively minor move across town can be a major challenge even in a well established relationship (ie a real marriage), let alone one that is still in its infancy. The only other option is to have a long-distance relationship (at least for a while), once the director has called ‘cut’, and these don’t exactly have the highest success rates!

Instead, it seems like these so-called experts have been (pressured into?) pairing the individuals most likely to provide good television – ie ones that are not going to get along so well, and will in fact press each other’s buttons, rather than tick all their boxes. Destined to bring out the very worst in each other, rather than find their soulmate.

And while the brides and grooms have signed up willingly for the chance to meet the love of their life, I don’t think they realised exactly what they were in for, as each series seems to plunge to new lows. We’ve seen bullying, emotional abuse, physical assault, infidelity, lies, backstabbing, gossip and more, with the guilty parties seeming to have no problem with justifying their bad behaviour all in the name of “finding love”.

What about Mental Health?

Marriage at any time is right up there on the stress scale – (yes, even good life events create change and chaos which elevate our stress levels considerably) – let alone to a total stranger in front of a national television audience. Yet despite that, from what I can see, proper psychological and counselling support is not provided.

If anything it seems that producers have chosen some extremely vulnerable individuals for their “experiment”, giving them a partner carrying a ton of baggage, and even a personality disorder or two! All in the name of making TV and getting good ratings.

In this day and age, don’t the producers have a duty of care to the show’s participants?

Some Things Should be Kept Private

The other thing that has really turned me off the the show, is the way it has gone from implying a potential sexual relationship developing between the couples, to outright asking and even insisting on it.

Call me a prude if you want but that is a step too far in my book. Whether they have sex or not (and please, don’t call it “being intimate” when they’ve known each other five minutes!) is nobody’s business but theirs.

So no, I’m not watching Married at First Sight this year. If I could sum up the reasons why in just two words, it would be these: too far.

If you’re watching MAFS this year, can you tell me if my instincts are correct and that it’s getting worse, not better, as the years go by?!