Please don’t think I’m gloating – but last week was absolutely fabulous for me!

I signed up a couple of new clients, learned that I’d been approved for a $5K grant to get my website overhauled, and it looks like I could set a new record for income this month 🙂 .

I was walking taller and feeling oh-so-fine … and then I heard that little voice, the one inside my head that said: “You’re getting too big for your boots, Janet!”.

Oh dear – pride comes before a fall as the old saying goes, and my inner voice was warning me that I was guilty of it, so something bad was sure to happen to cut me back down to size.

But for the first time, I questioned what that voice was saying.

What do you mean? I asked.

“Remember when you were a kid, and you’d get good marks at school, or you felt pretty that day, or things were going really well … and every time without fail your Mum would schiz and that would be it. You would be plunged back into your real life of misery, chaos and abuse.”

How could I forget. Those were terrible times.

“And it was all your fault, because you were being too self-centred and had gotten too big for your boots.”

Actually – I now know that it wasn’t my fault. Thank you for reminding me and trying to protect me, but I now realise that as a kid I blamed myself, as kids tend to do. It was my way of coping and trying to have some sense of control over a nightmare situation, but it wasn’t true then, and it’s not true now.

Feeling self-confident, or a sense of achievement, is okay.

The reality is Mum had severe mental health issues and would have been violent and abusive no matter what I did or didn’t do.

But she’s gone now, and I have a wonderful and loving family, and doing well or feeling good about myself is not something to be punished.

So thank you for showing up and trying to protect me, but I’ve got this. I can feel proud of myself and my achievements, just like some weeks aren’t so great – but that’s just life. It’s not about being too big for my boots at all. 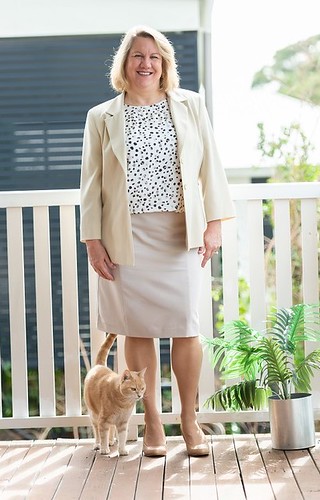 After that, the little voice went very quiet.

It’ll probably show up again at times. But after four decades, I no longer take what it says as gospel.

Last week was a massive week for me, and not because of my business achievements.

It was because of the massive personal growth I experienced.