They say that every cloud has a silver lining; that something good can come out of the very darkest times of our lives.

This is my story of one such occasion; a look back on an event which left me completely devastated, ten years ago – and how like a phoenix, I’ve been able to rise from the ashes and create a much better life for myself! 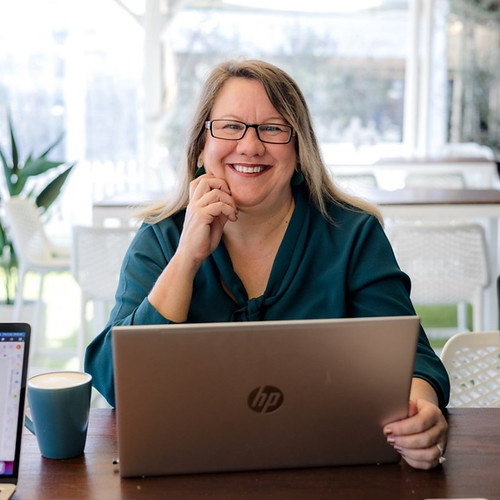 Unlike 9/11 or the day Princess Diana died, Wednesday 10 October 2012 was a day much like any other for the vast majority.

For me however it is a different story. It was the day I was informed that my position had been made redundant.

Here in Queensland, it was the Campbell Newman era, a time of turmoil for state public servants with extreme cost-cutting measures and mass redundancies.

I’d been working in my local council for most of the last 20 years, and thought I was safe.

From Dream Job to … Nightmare?!

I’d started in my “dream job” at the beginning of 2006, working in the Community Development team. It was a new role, and one that I quickly made my own – my time was split between preparing newsletters for the local community networks, updating the website, and the administration of the community grants program.

But over the years, things changed.

First, the community grants program was overhauled. A new team was created to manage it, which freed up some of my time.

Instead I was given more general admin duties in the team, in addition to my role as editor of five newsletters (for the local disability, youth, seniors, arts and community sectors).

There was a high level of staff turnover, so by the time I’d been there six years, I was the longest-serving member of the team and the “go to” person for many things.

I suspect certain people were threatened by this and decided that I had to go – something I had absolutely no intention of doing. Why would I? I worked Monday to Thursday (every Friday off!), in an office just 5 minutes’ drive from my home, doing work that I (mostly) enjoyed. I felt like I was making a difference, even if it was just in my little corner of the world.

They say that redundancy isn’t personal – that it’s the position that’s made redundant, not the person – but it didn’t feel that way to me.

On Wednesday 10 October I arrived at work and scanned through my emails, as was my habit. And there was the email which made me cold all over: a request from my manager to attend a meeting at 3pm that afternoon, with themselves and a rep from HR. I was told to rearrange any other calendar bookings or appointments for that time, do not pass GO, do not collect $200. Straight away I knew what it meant.

Only the week before the whole organization had been shocked when a dozen employees from the IT Department had been suddenly let go.

Now it was my turn.

Fortunately the  husbear worked in the same organization at the time and I was permitted to invite him to attend also. I don’t remember much about that meeting, except being informed that my services were indeed, no longer required; and that I had tears streaming down my face. It was such a kick in the guts. I’d always given 110% and took a lot of pride in my work; it felt like I wasn’t valued at all.

While it was not the course I would have chosen for my life, ten years later I can see that there really was a silver lining …

Starting My Own Business

In the midst of my misery I announced to the husbear that I was going to start my own business, working from home, based on my writing and digital marketing skills. I think he would have agreed to anything to see me smile again! I had my very first client within a week – a friend who felt sorry for me knew of my skills and talents and was able to offer me a few hours’ work per week to look after her business website.

The business I started out with was very different to the one I have today!

Originally I registered “Redland City Living” as my business name, as my idea was to start a magazine style blog about my local area. I quickly realised that this was NOT a. profitable and b. what I really wanted to do.

So in 2014 I registered a new business name, “Front Page Web Writing” (I changed it again to “Front Page SEO” in January 2021, to more accurately reflect the type of services the business offered.)

Here’s just a glimpse of all that’s happened over the past decade:

July 2013: I worked out that I earned a whopping $3000 from my business in that first financial year.

2014: Completed a Certificate 4 in Small Business Management through TAFE Qld. 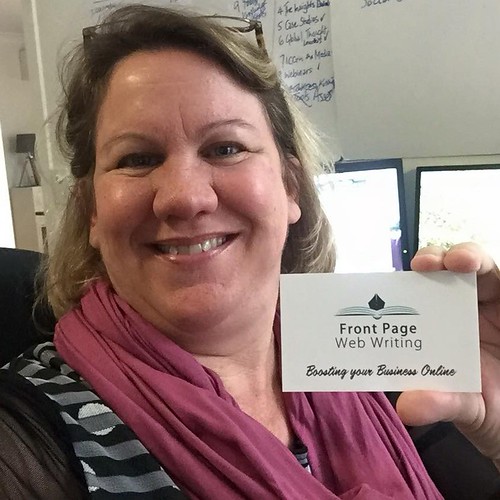 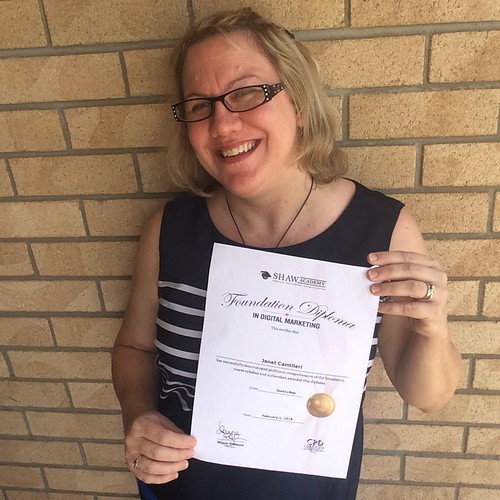 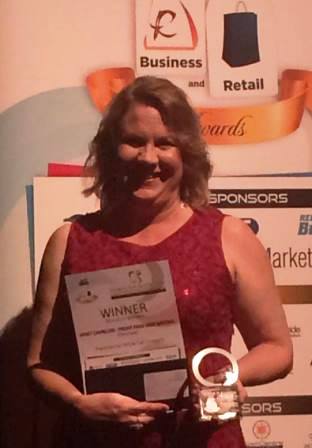 2018: Launched my free e-book, What Every Business Owner Should Know About SEO.

2018: Began presenting on SEO at business groups and events such as the Australian Virtual Assistants Conference, and Women’s Network Australia. 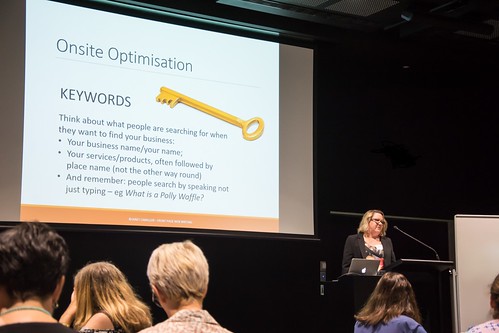 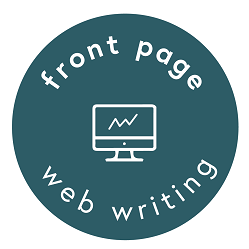 January 2019: Along with the highs, there were also lows … had THAT conversation with my husband, about looking for a “real” job. It was time to get serious about turning a REAL profit from this business of mine!

July 2019: Registered for GST (for those not in the know, that means I was expecting to hit $80 000 turnover in the coming financial year).

Late 2019: Started working with my awesome business coach. My goal? To make more than my husbear! (I still haven’t quite managed it, only because he keeps getting promoted! But we are neck and neck.)

2020: Named SEO Consultant of the Year in the Australian Enterprise Awards.

Early 2020: Started wearing my white cowboy hat, to show that we are the good guys in SEO! 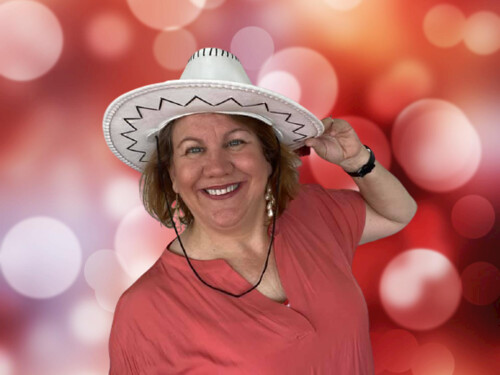 November 2020: Finalist in the Innovation category in the Greater Brisbane Women in Business Awards. 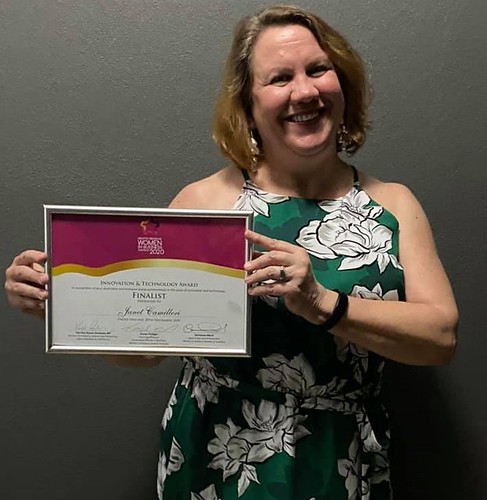 May 2021: Launched the DIY SEO HQ membership program, to guide small business owners to do their own SEO.

September 2021: Learned that my application for the Business Basics Grant from the state government had been successful – time for a website makeover! 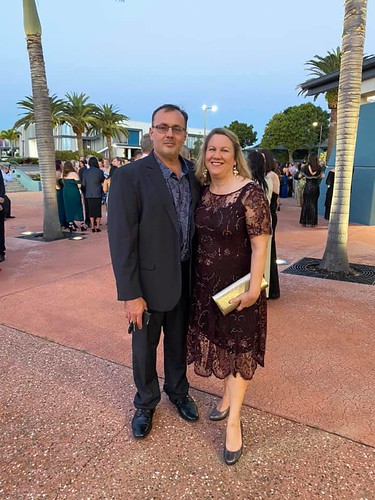 November 2021: Business was growing, so Lisa and Emma joined the team! 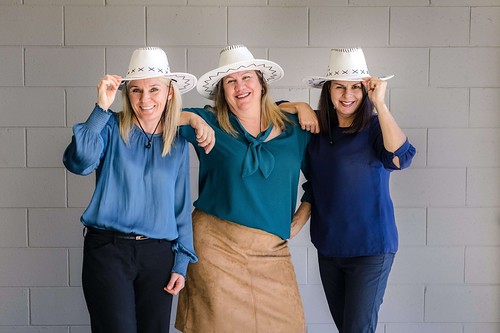 July 2022: In the last 12 months the turnover of my business has tripled, and profit has doubled!

September 2022: 750 followers on Facebook. Getting ready to recruit another team member, and to launch a new product … 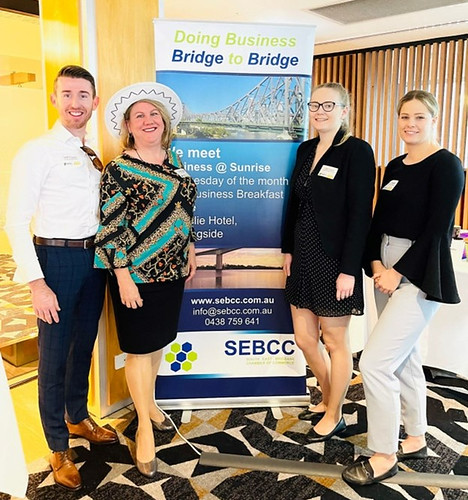 October 2022: What a way to mark the 10th anniversary of my redundancy – I can now reveal that we have won SEO Agency of the Year in the Australian Enterprise Awards! (It won’t be officially announced on the APAC Insider website til next month).

It might not always be true, that every cloud has a silver lining; but as you can see my story is a great example!

Have you had any personal experiences where a terrible cloud has had an unexpected silver lining?!