August was a quieter month, as we recovered from a super busy July which included a funeral, a wedding, and the husbear having a birthday AND starting a new job.

Plus, we were plunged into a 3 day lockdown again on 31st July … which was quickly extended to a week.

1 August – Spent the day unpacking after a couple of days’ away for Miss 24’s wedding.

2 August – Monday, and the husbear is working with me in our home office for the next week as lockdown has been extended. After work we went for a walk and picked up a few groceries.

3 August – In the evening we binge watched some Star Trek: The Next Generation on Netflix; good for taking our minds off all this pandemic palaver!

4 August – I made egg sandwiches for lunch. Yep, that was the only standout moment of the day LOL. 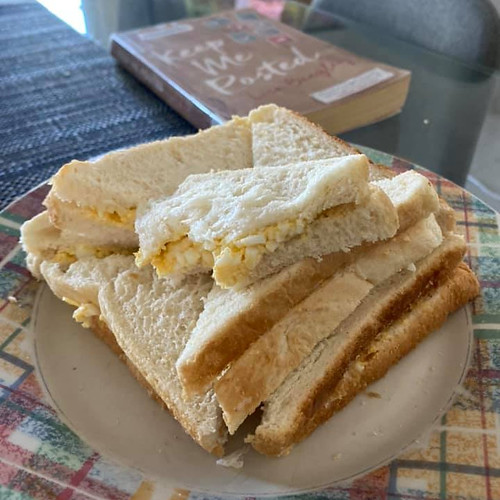 5 August – Another evening walk to get some groceries.

6 August – Watched a few episodes of the “Explained” documentary series on Netflix, including one on diets (and why they don’t work), cults, and diamonds.

7 August – Saturday. Clean sheet day! I’m missing the kids, who normally pop in over the weekend. 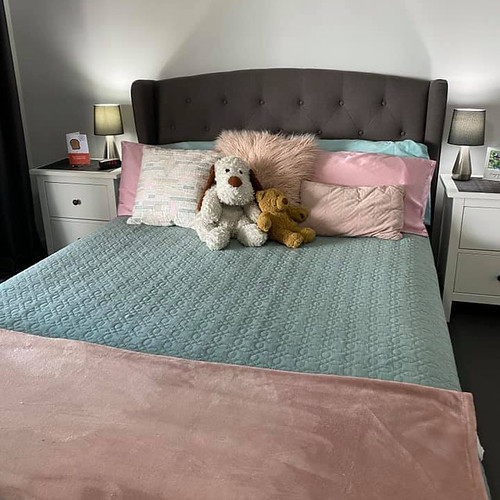 8 August – Good news – lockdown ended at 4pm so the kids came over for pizza, and a long overdue wedding de-brief.

9 August – Met up with one of my clients and they had an interesting proposition which I need to think through … here’s a pic of what I wore: 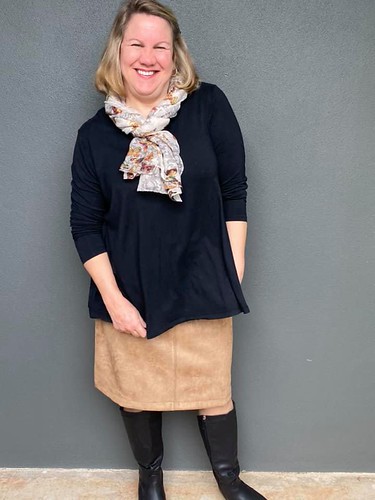 10 August – My monthly massage appointment for Saturday was cancelled due to lockdown, so very happy that I managed to reschedule it for this afternoon even if it was a workday 🙂 .

11 August – Although lockdown is ended, the husbear is still working from home on Mondays and Wednesdays for the next couple of weeks.

12 August – Off to the dry cleaners with my dress, the wedding dress and the groom’s suit. Really hoping that the wedding dress comes up like new –  there is dirt on the hem and stains from the rose petals! (Not that our girl has any intentions of selling it, but it’s good to have it clean and fresh before she stores it away).

13 August – Attended the Bayside Women in Business lunch and got some tips on making my social media management more … manageable, LOL. 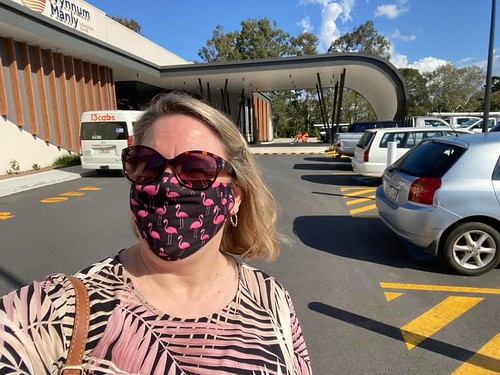 14 August – Claudia (my assistant) has been unwell which has put things behind, so I had to work even though it was Saturday. Here’s a pic of my other assistant (Miss Fleur) asleep on the job … 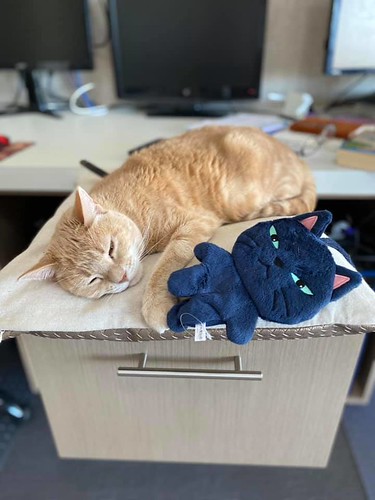 15 August – A chilled out session in the media room, watching movies with the kids (and Sophie!). 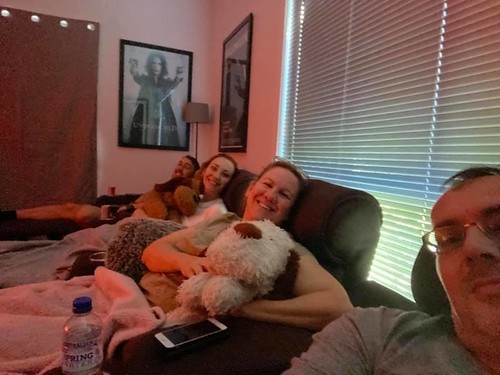 16 August – Dropped the husbear off at the train station and then went for my morning walk along Cleveland Point for a change of scenery. 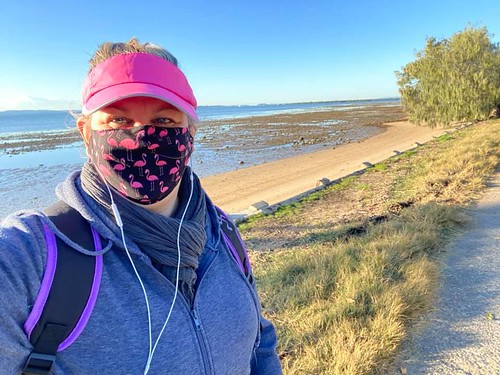 17 August – Started a jigsaw puzzle, first one in ages. 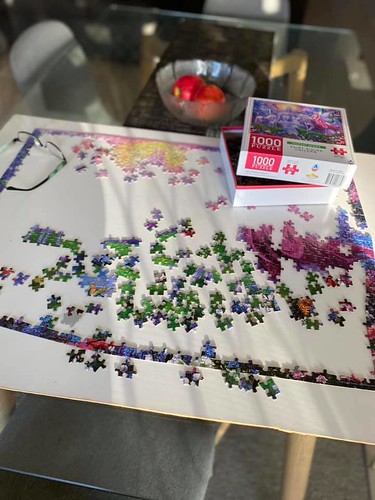 18 August – Woohoo!!! A great day – signed up a new monthly client AND found out that I’ve won a $5000 grant to get my business website upgraded!

20 August – The husbear dragged me out fishing in the evening as it’s almost a full moon … and I managed to catch 5 bream in quick succession! 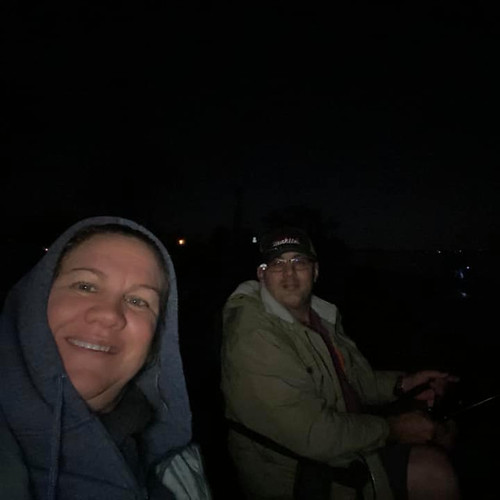 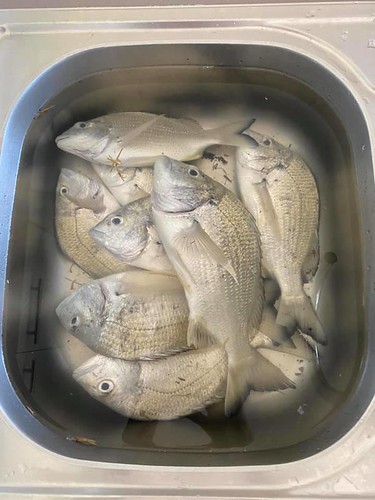 21 August – In the morning I had lots of fun at a photo shoot arranged by my personal trainer. And – would you believe we had so much fun fishing last night that we went again, with Miss 24 and her hubby in tow?! 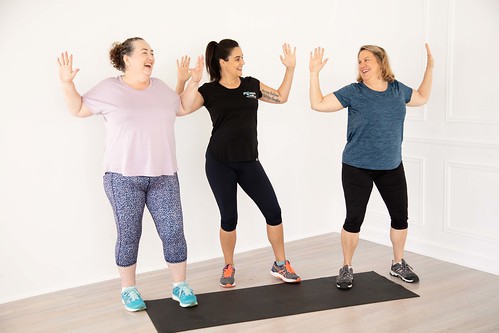 22 August – A very lazy Sunday … a typical weekend morning starts with coffee (in bed) and cuddles from the cat! 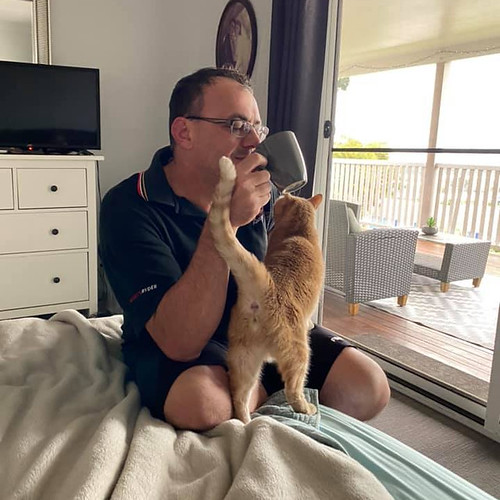 23 August – Our boy couldn’t visit on the weekend so he came for dinner tonight, I made silverside in the crockpot, nom nom nom.

24 August – My sweet husbear brought a gift home for me, apparently they sell them in the shop underneath his building and he’s been wanting to bring one home for me ever since he started work there in mid-July 🙂 . 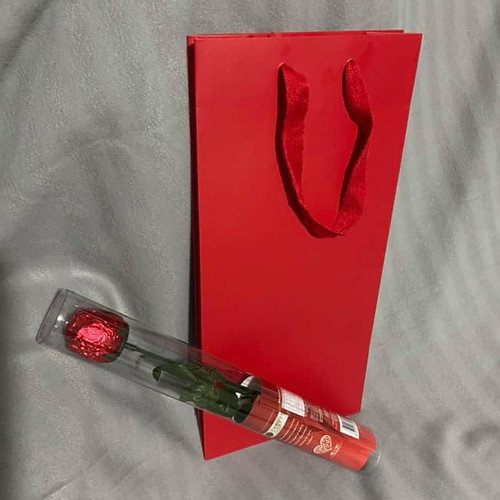 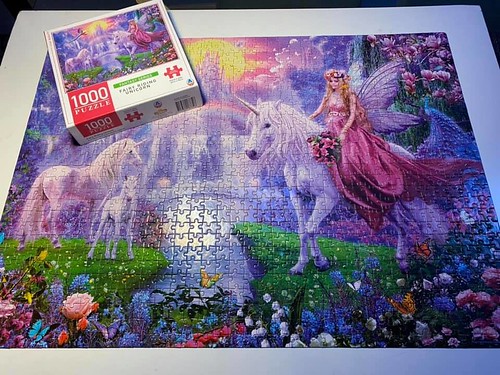 27 August – Friday night, date night – we went to Officeworks to get a few things, then stopped at a wood-fired pizza place nearby for dinner. 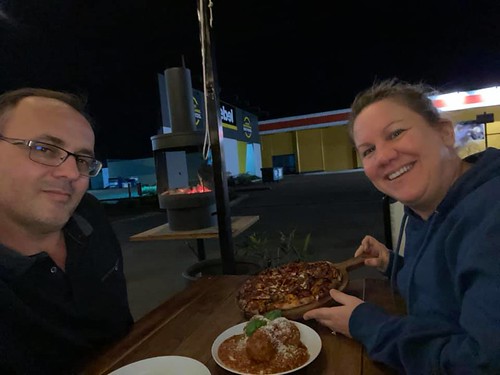 28 August – I went to Spotlight and bought some new curtains for our bedroom, I’ve long thought the grey ones we had were too dark. These are much better! 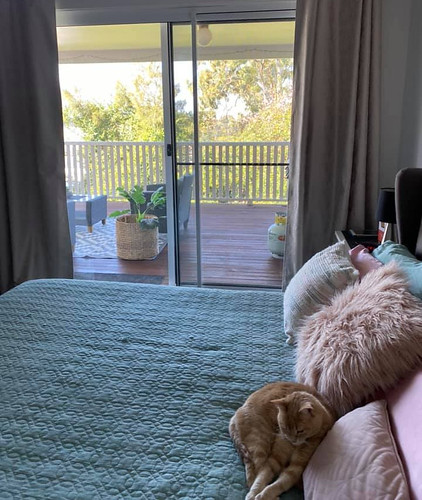 29 August – Sunday brunch with my parents, then we ordered Chinese for dinner as all the kids ended up at our place and we couldn’t be bothered to cook 😉 . 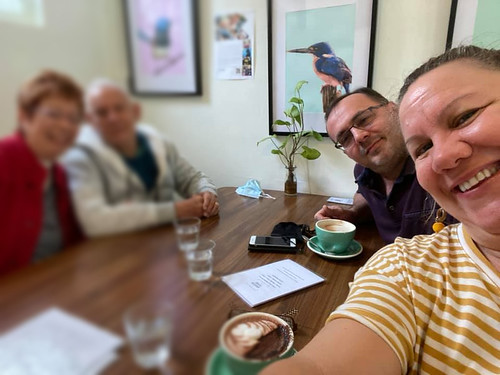 30 August – The husbear has a long standing joke that I love any show featuring the Royals, or ancient Egypt. True to form, tonight Fleur and I curled up together and watched “Inside Windsor Castle”. 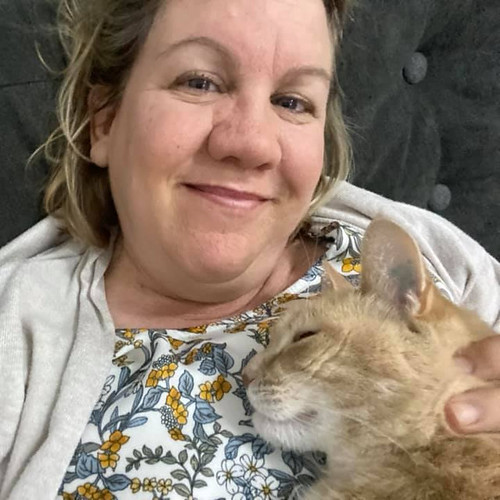 31 August – Found out that I’m a finalist in not one, but TWO categories in the Redlands Business Excellence Awards. Woohoo!!!! Looking forward to the Awards Gala night in October.

What a great way to end the month!