It feels like years since our daughter announced her engagement, and the wedding preparations began …

Maybe that’s because it HAS been years!

Engaged in October 2018, the kids originally set the date for 1st May 2020 (just days before our own 30th wedding anniversary). 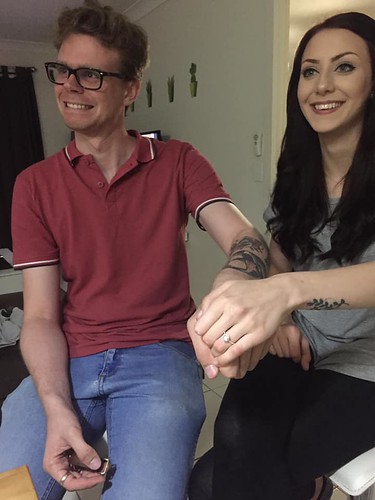 Alas, along came Covid and by the end of March the whole nation was in lockdown; the kids quickly rescheduled the wedding to 4th September 2020.

However in July they learned that a September wedding would be a very restricted celebration: less than 50 people in total, no dancing, no photo booth, etc – so they re-booked for 30th July 2021. Surely we would be out of this coronavirus mess by then?!!!

Here in Queensland we had been relatively unscathed by the epidemic, until recently.

The first case of the delta variant was confirmed at the end of June, and we entered a 3 day snap lockdown to try and nip things in the bud. At first it seemed to have worked; but then … well, let’s just put it this way. We could see that we were headed for another lockdown, and so began an anxious countdown to the wedding. I think all of us were crossing fingers, toes, legs and arms in the hope that it would indeed go ahead!

Third time lucky – the gods smiled on us and Miss 24 and her man got hitched – with lockdown announced the very next morning.

So let’s forget about coronavirus for now and enjoy all the goss from the big day!

My brand new son-in-law proposed at Mt Tamborine in the Gold Coast Hinterland, so the happy couple wanted to get married there as well.

They chose Cedar Creek Estate and Winery, which has a cute little chapel set amongst a vineyard, deciduous trees (imagine how spectacular they would look in the autumn month of May!) and a lake filled with friendly ducks. Between you and me, I think it was the ducks that did it – Miss 24 has always been a sucker for all creatures great and small!

We arrived at Mt Tamborine the day before the wedding, so we could help the kids with transporting various bits and pieces, and decorating the venue. 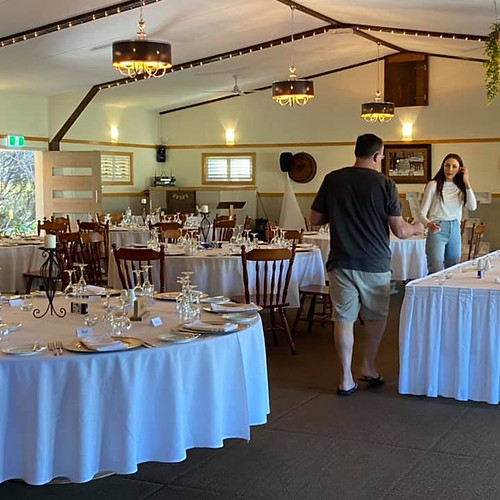 The day dawned bright and clear – a little chilly but then it was the middle of winter! But we were toasty warm thanks to the fireplace in Miss 24’s chalet.

Two mothers, bridesmaids, hair and makeup artists all arrived around 8am, and there was plenty of happy chatter and music as we grazed on a delicious cheese platter throughout the preparations. 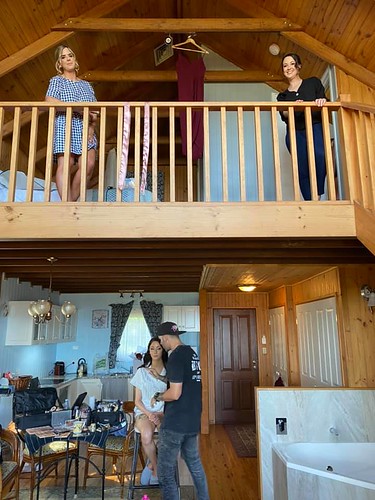 Can I just say that the bridesmaids were wonderful?! They were caring and attentive, looking after the bride beautifully – from making sure she drank plenty of water and ate before the wedding, to spreading out her train. One of them (the groom’s sister) even prepared a wedding emergency kit, I ended up using the anti-static spray on my skirts so they wouldn’t cling to my legs.

I was the first one to have my makeup done, so needed a touch up just before the husbear and the photographers arrived around 1.30pm. 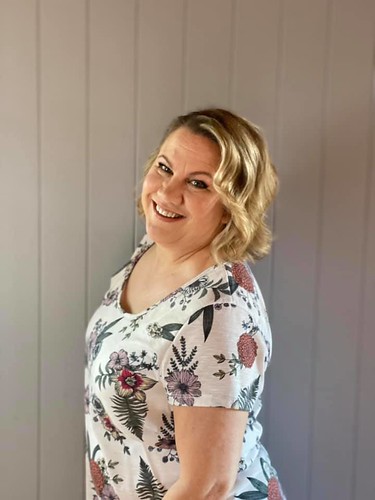 Oh, and it was lucky I brought 2 pairs of pantihose, because I ripped the first pair as I was putting them on. Oops! You might also notice a difference in my hair between the photo above, and the one below – I ended up switching the side that was pinned back so it felt more like “me”. 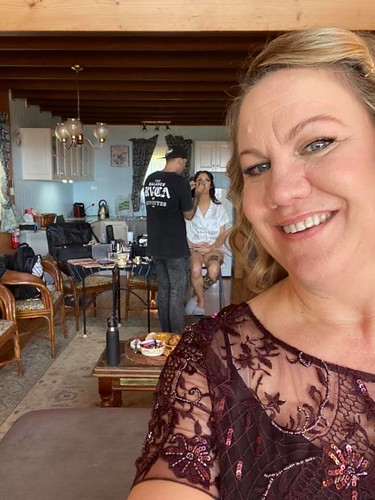 According to the invitations the wedding was at 2.30pm, but in actuality the bride was to arrive at 3pm … not a bad idea, because I remember at my own wedding, the chauffeur was told to drive around the block a couple of times, to give the last guests time to scurry into the church! 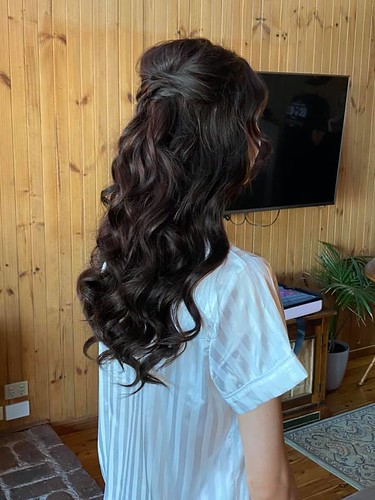 Every wedding has a ‘disaster’ or two that make for a good story and a bit of a laugh, after the event. Thankfully the worst that happened for our girl was discovering a small tear in her veil, the morning of the wedding while it was being steamed – otherwise I doubt it would even have been noticed. I was so proud of her, she took it all in stride. Definitely NOT a Bride-zilla! 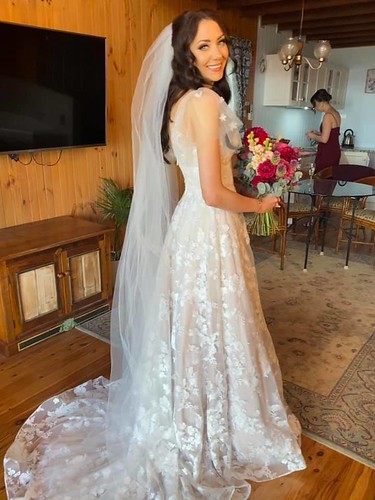 I was very touched when Miss 24 chose to wear the Austrian crystal earrings which I wore on my own wedding day 🙂 .

Our own Mr 27 led the bridal procession into the chapel – he was the flower man. Yes, really! All the guests had a giggle as he walked down the aisle, scattering rose petals, full of sass and with a cheeky grin on his face (it was an ‘unplugged’ ceremony so we will have to wait for the professional photos – they should be hilarious!).

Next came the two bridesmaids, and the doors were closed before our girl made her grand entrance on her father’s arm, to a romantic instrumental arrangement of Mr Blue Sky by ELO (one of the couple’s favourite songs). I’m not sure if any of the guests recognised the tune though, but I loved it!

We were all too busy watching Miss 24 walk down the aisle so didn’t notice, but the professional photographer captured a photo of the groom overcome by the sight of his beautiful bride.

And so the ceremony began.

“We are gathered here today, for the wedding of Annabelle …. “ at which point I panicked – the celebrant had said the wrong name! And then it clicked. Annabelle is one of their three cats! The celebrant finished his sentence – “Annabelle, Delilah, and Egg’s mum and dad!”.

It was a lovely personal ceremony, with heartfelt speeches given by both the best man and our Mr 27 (Miss 24’s best friend in the whole world, according to him anyway … there might also have been a few classic Bill and Ted references LOL), before the couple exchanged the vows that they had written themselves.

A kiss, and the new Mr and Mrs led the way out of the church, to the joyful tune of “September” by Earth, Wind and Fire (and also from the movie, Night at the Museum). One of my favourite songs anyway, I will always associate it with my daughter’s wedding from now on! 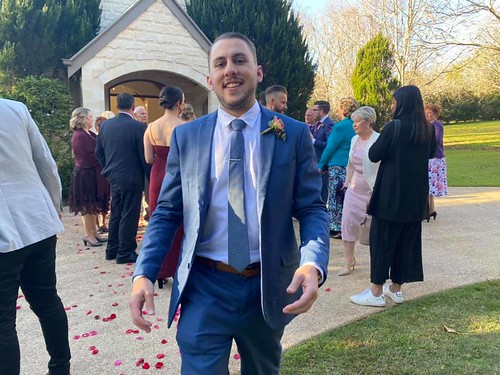 Outside the chapel it was quite brisk – my dress wasn’t intended for a winter wedding! I was very thankful for my wool wrap, though I wish I’d taken it off for the photos. 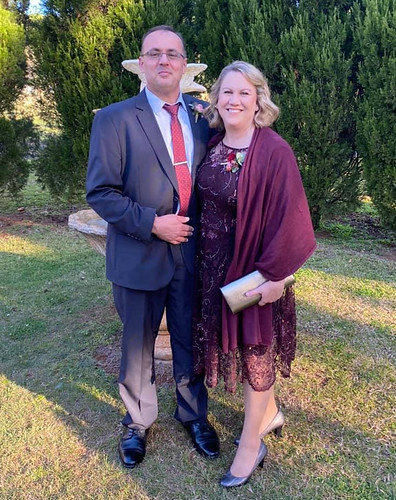 You can read the full story behind my mother of the bride dress here … and would you believe, I was so “in the moment” throughout the wedding, that I didn’t even think of getting a a photo on my own to show off my outfit – bad blogger! The other problem with the wedding being delayed was that I put on a few corona kilos last year – much to my dismay when I tried the dress on some months ago. Since then I’ve managed to lose nearly 5 kg so that it fit well again!

After plenty of photos, congratulations and general good cheer, the guests headed up to the reception for drinks and canapes, while the bridal party had the official photographs taken.

There were so many people to meet or catch up with: family, friends, new in-laws! (Sadly, quite a few from south of the border – in lockdown in NSW – couldn’t make it, as well as some of the husbear’s family.)

Something we weren’t expecting, was the number of people from the groom’s side who made a point of telling us how wonderful our daughter is 🙂 . Of course we agree with them, but it was really lovely to hear it from others! 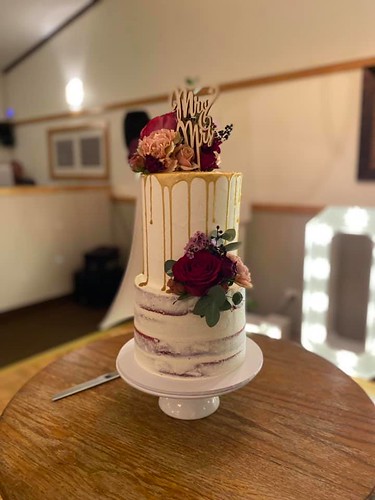 The entree was alternate drops of goats cheese and asparagus tarts, or warm Thai beef salad; while the main was a rib fillet steak or chicken involtini in a napolitan sauce (melt in your mouth good!). 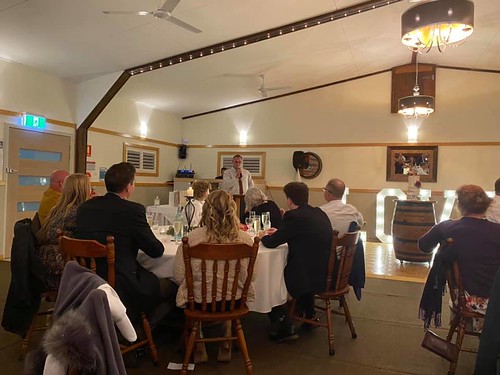 There was the cake cutting, followed by a few speeches – the husbear did a wonderful job, considering he isn’t keen on public speaking (not like me, LOL). 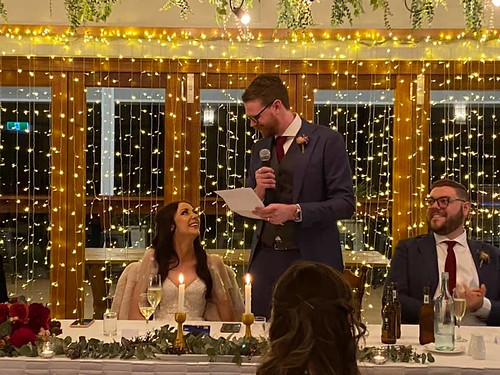 For dessert, guests could serve themselves a piece of wedding cake (red velvet cake) or  Krispy Kreme donuts along with their tea and coffee.

Then the bride and groom took to the dance floor for a Bee Gees classic, “How Deep is Your Love”. 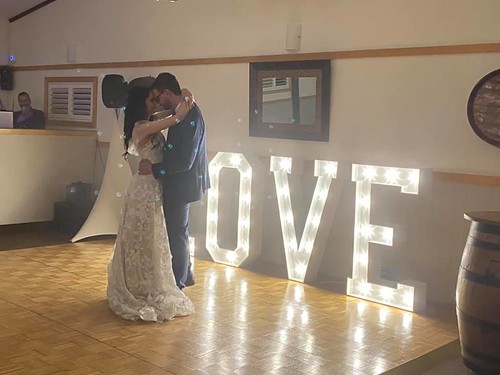 After that, we all just danced the night away! No seriously, I danced SO MUCH – I think my workouts with my personal trainer have definitely paid off and  improved my stamina!

And maybe I’m a biased, but it was a great selection of tunes, with both new and old favourites, including the Nutbush, YMCA, and the Chicken Dance. (Ok, so we helped the kids choose songs for the play list 😉 ). Oh – and has anybody else been to a wedding or event where the gents dropped their dacks to dance to Eagle Rock? Apparently it’s a ‘thing’ (been a few years since I’ve been to a wedding obviously!). 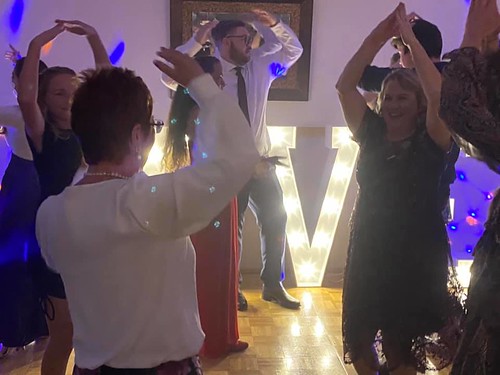 One of the highlights was the photo booth, we all had a lot of fun getting some great – and some very silly – pictures. 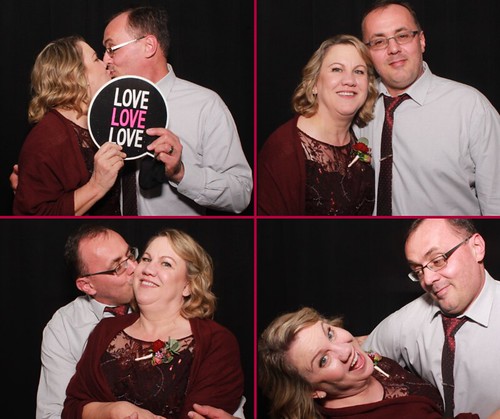 All in all – it was a wonderful, magical day filled with love and happiness – the best wedding I’ve ever been to!

PS The very next morning lockdown was announced. The kids were disappointed about having to postpone their Hayman Island honeymoon, but grateful that at least they finally got to have their big day.